Under old rules, shops under railway arches could have been turned into homes through “permitted development right” without needing to apply for planning permission. 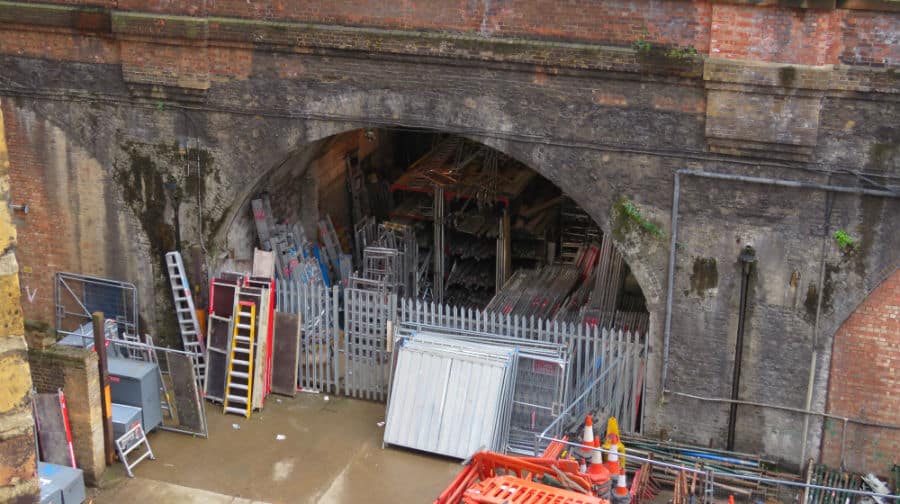 Southwark Council has placed planning restrictions on shops beneath miles of railway arches to stop them turning into housing, after a warehouse in Walworth attempted to do so.

Under old rules, shops under railway arches could have been turned into homes through “permitted development right” without needing to apply for planning permission.

But after a warehouse underneath some railway arches planned on doing so, the council used an Article 4 Direction to stop them in their tracks.

The change will mean that shops, offices, storage and betting offices currently trading out of more than 800 arches around Southwark cannot be developed into homes without permission.

Councillor Mark Williams, Southwark Council’s Cabinet Member for Regeneration and New Homes, said: “The railway arches around Southwark have such great potential to be turned into busy, thriving shops, workshops, cafes or community facilities that draw people down into the borough.

“In Elephant and Castle in particular we have a vision of creating a ‘low line’ or series of shops and cafes in the arches that people can walk down from the river to our new town centre at the Elephant.

“Putting homes in these arches will have a direct impact on the surrounding communities, as well as being wholly unsuitable locations for people to live and the council wants to make sure that any such proposals receive the proper consultation and consideration they should have.”

The proposal to approve the new planning restrictions was passed at the council’s May planning committee.

Neil Coyle, the Member of Parliament for Old Southwark and Bermondsey, told the News that this was typical of the Government’s failure to tackle the housing crisis.

He said: “I’m glad the council have acted both quickly, to prevent the loss of light industrial space, and flexibly so that no outright ban is imposed if sensible proposals come forward.

“I’d be very concerned to lose some of the railway arches that are home to great businesses in Southwark like our outstanding local brewers and gin distiller, as well as cultural space on Spare Street near the Walworth Road.

“It would also be a shame if the low line plans were blocked by private residential development preventing open, public rights of access for pedestrians and cyclists.”

For more details on the report, visit www.southwark.gov.uk/info/856/planning_policy/3289/article_4_directions