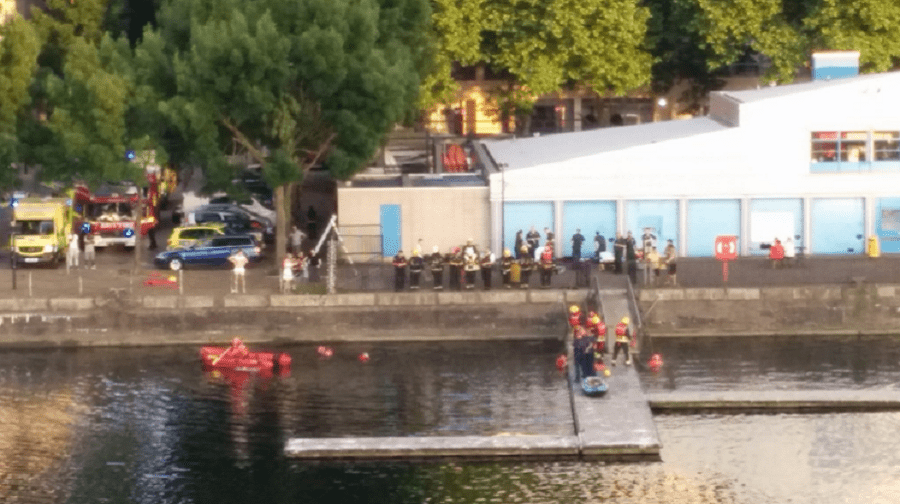 The council has issued a stark warning against swimming in Greenland Dock after a man in his 20s drowned.

A rescue team was called to the dock in Rotherhithe at 8.20pm on Saturday following reports that a 26-year-old man and a boy had fallen into the water.

The thirteen-year-old boy was pulled from the water with the help of members of the public and taken to hospital as a precaution but later discharged.

A search operation to find the missing 26-year-old man, led by the Met Marine Policing Team with London Ambulance Service, London Fire Brigade and the Harbour Master, was resumed the following morning and a man’s body was recovered from the water.

A Greenland Dock resident described the moment he heard the commotion on Saturday night.

“We were on our boat when it happened,” he told the News. “I heard the young boy screaming and probably his parents screaming and that’s when we came out.

“All the emergency services were there pretty quickly; the young boy was already out of the water at that stage.”

Cllr Ian Wingfield, cabinet member for environment and the public realm, urged residents to stay out of the water as the warm weather was set to continue.

“Tragically a young man drowned on Saturday night, after going for a swim in Greenland Dock,” he said.

“The council supported the police in their search, and has offered support to the family. Our thoughts are with them at this painful time.

“This awful loss is a stark reminder of why the waters around the marina are not suitable for swimming and as this warm weather continues we would urge all residents to stay out of the water, tempting as it may be.”

Surrey Docks ward councillor Dan Whitehead said he would push for any changes necessary to make sure the dock was safe.

“I was very upset to hear of the tragic death at Greenland Dock on Saturday evening,” he told the News. “Our thoughts are with the victim’s family at this difficult time.

“My fellow councillors and I will be taking steps to ensure that existing safety measures in place at the dock are sufficient and push for changes if required.”

Police said they were not treating the incident as suspicious.