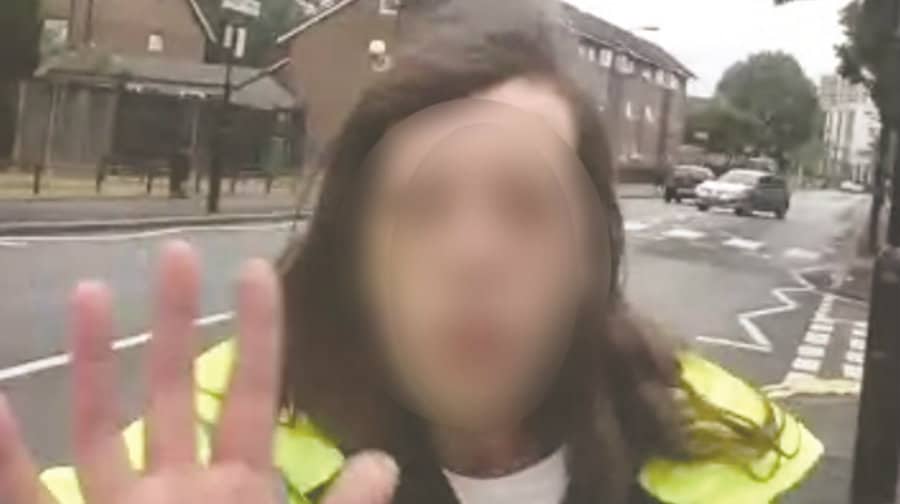 A council employee is facing disciplinary action after a video emerged online showing her shouting profanities at a member of the public in the street following an accident.

A Bermondsey filmmaker who was on the receiving end of the abuse has called for the woman to be sacked after she spat at him, called him an evil c**t and insulted his beard while wearing a high-vis Southwark Council jacket.

Terry, who did not want to give his surname, was walking down Consort Road in Peckham on Sunday afternoon with a friend when they heard a car come to a screeching stop behind them.

They turned to see a woman lying in the road in front of the car and went over to see if she was alright.

The driver also got out to check on the woman who then became “very hostile” and kept saying she was fine, according to Terry.

When Terry and his friend said she should not be angry because the driver tried to help her, “that’s when the abuse came,” said Terry speaking to the News.

Terry, who is very proud of his facial hair, then declares: “I love my beard!”

Terry is not a Muslim but believes the woman was trying to suggest he was as an insult.

“She’s walking around with those thoughts in her head, behaving that way and representing my council. You shouldn’t even think about speaking bad of someone’s religion. That’s not acceptable – she should be sacked for that,” he said.

The woman went on to call Terry a “skanky c**t” an “evil sh*t inside” and an “evil c**t” as he says she followed him down the street spitting at him.

Terry decided to send the video to Southwark Council to show them the conduct of one of their members of staff.

“They need to know this – that their employee is behaving in this way,” said Terry, who has since lodged a complaint at the council headquarters in Tooley Street.

Council Leader, Cllr Peter John, said: “I can confirm that the woman in question is a member of council staff. We take the conduct of our staff extremely seriously, and we have already begun disciplinary proceedings.”

this reads like a woman was knocked down by a car, noticed passers-by being indifferent to her, and subsequently became angry with them. I think losing her temper can be excused here, non?