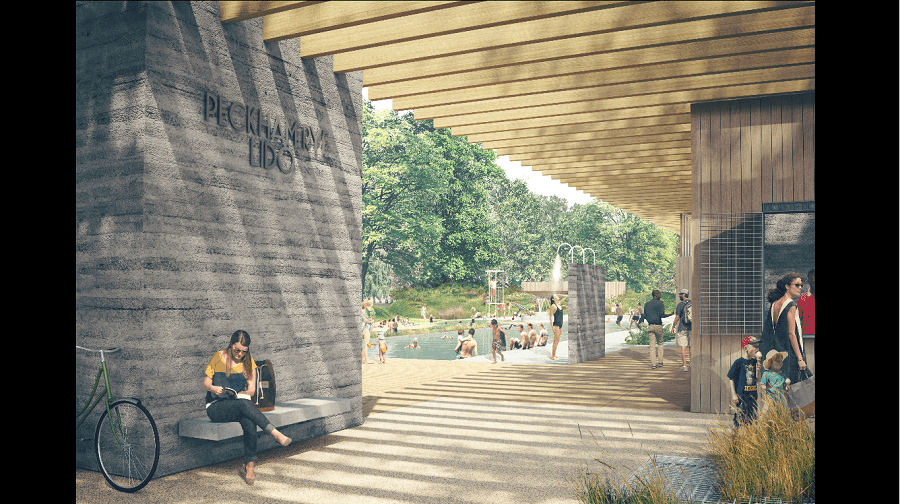 Southwark Council has plunged into its pockets to make a generous pledge £10,000 to the crowdfunding campaign to reopen the buried lido in Peckham Rye Park.

The campaign, started by Studio Octopi, began in May this year, with the aim of reaching £64,090 by its deadline on August 1, before it can continue and submit a formal planning application to the council.

The added splash of cash from the council has taken the campaign to £47,000, nearly three-quarters of the way.

Councillor Mark Williams, the council’s cabinet member for regeneration and new homes, said: “Peckham is home to some of the brightest stars in London’s creative industries and so it’s no surprise that some of the city’s most exciting projects are being driven by its local community. The council is already supporting the fantastic Peckham Coalline project, and we wanted to give the Peckham Lido campaigners the same support to develop their plans.

“We know many local people are hugely excited about reintroducing an open air pool to Southwark and we are as keen as they are to see whether the plans are viable, which is why we’re contributing £10,000 to their Spacehive appeal. Given the financial climate, and the huge cuts to council budgets, we can’t offer to build or run the pool, but we will do all we can to offer advice and support as local people take this project forward.”

Ben Lloyd-Ennals, co-founder of the Peckham Lido campaign, said: “It’s great news that the council are getting behind the Peckham Lido. This donation is a huge boost in the final weeks, but we’re not there yet! We need another £8,000 to hit our £66,000 target.”

Visit: www.spacehive.com/peckham-lido to make a pledge.