Now even a ferry crossing is deemed too expensive, despite original plans for a walking and cycling bridge 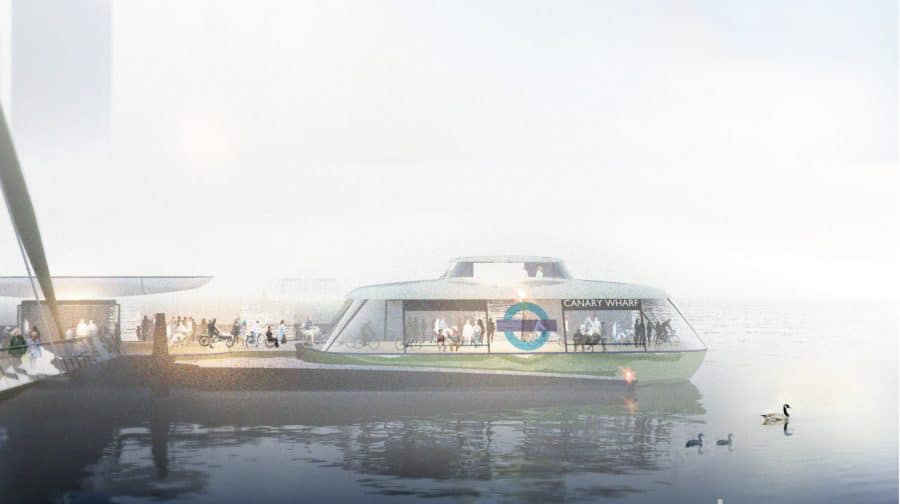 Artist impression of the ferry service

Councillors have hit out at TfL’s decision to officially pause an upgraded ferry crossing from Rotherhithe to Canary Wharf.

The ferry option is now deemed to be unaffordable – despite original plans for a walking and cycling bridge being shelved over cost, too.

In board papers to be considered by TfL this week, the crossing is labelled “currently unaffordable in the context of other walking and cycling priorities.”

Council officials will meet with the deputy mayor for transport, Heidi Alexander, this week to argue the case for the scheme, despite TfL’s perilous finances.

A planned walking and cycling bridge was scrapped in June last year, after predicted costs spiralled to £600m, although a majority of local residents had backed the idea in consultation.

“Transport for London is facing a huge and unprecedented financial challenge in the wake of the Coronavirus pandemic and it’s clear difficult decisions will have to be made,” he said.

“However, the Rotherhithe to Canada Water [sic] crossing would provide a vital new route over the Thames in an under-served part of London and would mean more people can choose walking and cycling.

“The crossing would also support new homes and jobs in the area. The proposal is particularly disappointing given that the crossing had already been downgraded from the original commitment for a walking and cycling bridge.

“We feel that schemes such as these should be prioritised not paused.”

The leader of Southwark’s Liberal Democrats, Cllr Nick Johnson, added: “Anyone fancy swimming to Wapping? Frankly it’s going to be the only way to get across.

“Why can’t TFL prioritise green infrastructure like this over the polluting Silvertown Tunnel?”

In my opinion if the bridge is paused then all development in the area, including the Canada water Master plan, must be frozen.
We already have a long term transport crisis in Rotherhithe, with huge queues and closures at Canada water in normal times.
Once we have a vaccine and can get back to normal I anticipate congestion will quickly become worse than ever.
Cancel the polluting dinosaur that is the silvertown crossing and get this much needed green crossing back on track. We have already had the bridge canceled based on fake accounting. We cannot allow the enhanced ferry to go the same way.

This link was really going to be the only new ling to deal with the new homes and businesses to come in to the area and the massive developments of Canada Water Masterplan, Timberyard and Convoy Wharf.
The conditions on which permission was granted have been totally eroded
The bad flats without parking (even for electric cars) proposed by British Land / Southwark Council are now going to be even more transport impaired than before, not even destroying the only deep water pool in the Borough to “replace” it with a useless “fishbowl” only 25 meters long and 1.8 meter deep to make these flats “look attractive” is going to be anything but cosmetic.
To add to all the transport inconvenience, ALL the existing neighbours free parking is goin because of the mentioned transport challenged flats by British Land (unlike those at Convoy Wharf for example).
The grounds for this development “go ahead” have been eroded it surely needs to stop. The assurances of Transport for London can’t be met without a link across the river of some sort so we end with what we have today: the Canada Water repeatedly closed station at peak hours, not to mention what is happening to the Elizabeth Line which also will have other developments to service along the way WHEN it opens.