The raids were part of a county lines investigation 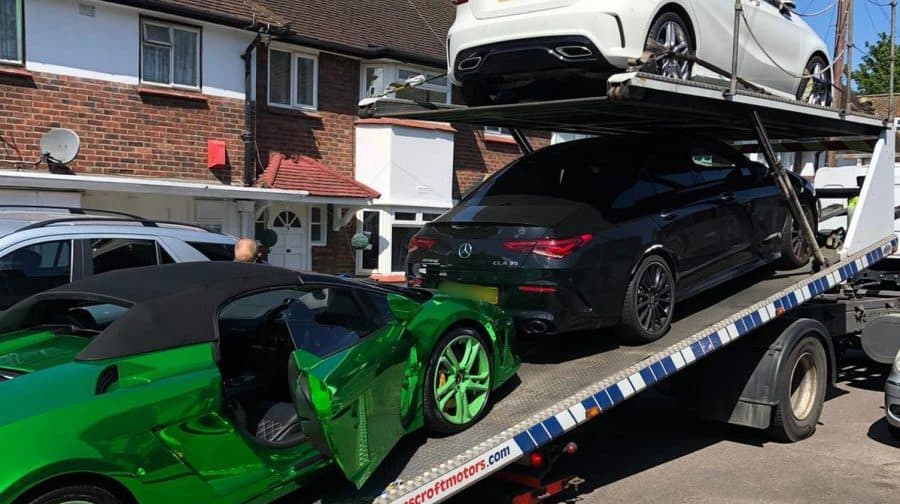 Five people have been arrested for drugs supply after a raid in a commercial property in Beluah Road and three addresses in South Norwood and Croydon last week.

During searches of the addresses, officers seized three vehicles, two Mercedes and a green Lamborghini.

All five suspects were arrested on suspicion of conspiracy to supply Class A drugs. They have all been taken to a police station in Hampshire where they remain in custody.

The warrants form part of a joint investigation by the MPS and Hampshire Constabulary into a county line being run between London and Hampshire.

Acting Detective Chief Inspector Ant Jones, from the Specialist Crime Command, said: “Investigating and disrupting county lines activity remains a priority for the Met. There is an inextricable link between the supply of drugs and violence.

“Officers are continuing to carry out intelligence-led operations, even under the current public health crisis, in order to dismantle and disrupt organised criminality and put those breaking the law behind bars.”

Chief Inspector Mark Lynch from Hampshire Constabulary said: “The threat from county lines drug dealing continues to present a significant risk to vulnerable children and adults living within Hampshire, despite the current COVID-19 restrictions the country finds itself in.

“Please be reassured that despite the operational challenges the pandemic poses to us and other front line emergency services, tackling organised crime in all its various guises remains our core focus and operations to disrupt criminals who attempt to profit from drug dealing will continue.

“Not only will we prosecute those found responsible to the full extent of the law, but we will also seek to maximise every opportunity to strip them of their illicit gains.

“The sad reality is that vulnerable young people are often targeted, coerced with either threats or false promises of cash and designer possessions, when in reality those criminals regard those children as nothing more than a disposable asset, to be used and abused until they have no longer have any need for them.

“The added dimension of COVID-19 just presents yet another serious health risk to those youths and those that they associate with.

“By working effectively with the wider Hampshire and Isle of Wight partnerships, we seek not only to help those in need at this time, but also to stop and deter other children in the future becoming entangled in this emotive and horrific area of modern day criminality.”