Andy and Michelle Cottle, who journeyed from Vancouver to San Diego, have raised over £12,174 for charity Sands (Stillbirth and Neonatal Deaths) – and are still counting 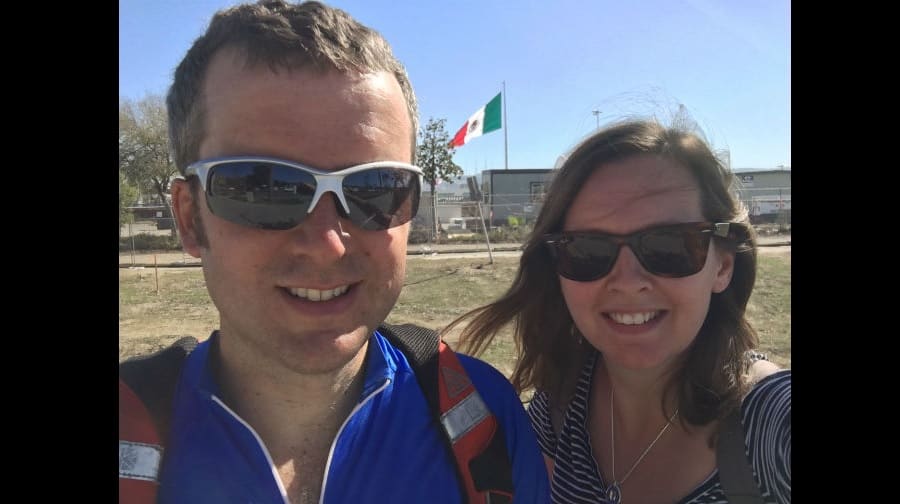 An East Dulwich couple who cycled 2,000 miles across the US to raise money for a stillbirth charity after they tragically lost their own daughter are back on home soil, writes Kirsty Purnell.

Andy and Michelle Cottle, who journeyed from Vancouver to San Diego, have raised over £12,174 for charity Sands (Stillbirth and Neonatal Deaths) – and are still counting.

The couple were struck with tragedy in May when their baby daughter, Orla, was still born. Within a week, they knew it was imperative they do something to cultivate hope in their situation.

“We needed to get away. We needed to have time to process things and time to be alone,” said Michelle, 34.

They embarked on their journey on August 15, with Andy cycling and Michelle driving beside him for support in an SUV. “I’d never driven before in the US,” said Michelle, “It was nerve wracking. Everything’s bigger – the cars, the roads.”

The peace and beauty of the route, which saw the couple descend along the West Coast of the US, was exactly what they needed as they grieved.

“Life can never be normal after you lose a baby,” said Michelle, “And you don’t come back from a trip like this recovered. But it does help you to start the healing process.”

When Orla was born, Andy and Michelle had prints of her footprints and handprints taken, which they copied onto tags for their journey. They left these at the different places they visited throughout the trip.

“It was our way of taking her to these beautiful places,” said Michelle.

Along the route, the pair slept in motels which actually are “like what you see in the movies” and kept their motivation up on difficult days by remembering why they’d decided to set off in the first place. “We just had so many lovely messages every day,” said Michelle.

The pair have received overwhelming support since they launched their Justgiving page in May.

“People say that social media can be bad,” said Andy, “But it’s been really helpful for us.”

Michelle has been documenting the pair’s journey on a blog and on Instagram. “We don’t know most of the people who’ve donated,” said Michelle, “It’s been amazing. People were just touched by what we were doing.”

Michelle has also found herself become a figure of inspiration and hope for other women who are going through similar experiences. “People who’ve lost babies after we started the journey contact me and say ‘it’s so helpful to see what you’re doing’.”

“We’ve been touched by the kindness of strangers,” said Michelle.

The trip also served up an unexpected turn of events for the couple – they discovered on the road that Michelle was pregnant. She’s due in four months.

“It was wonderful news – but hard on the road some days with the morning sickness,” said Michelle.

You can still sponsor Andy and Michelle at