The story was shared by the Irish Post in London, an Irish paper in America and as far away as Jamaica 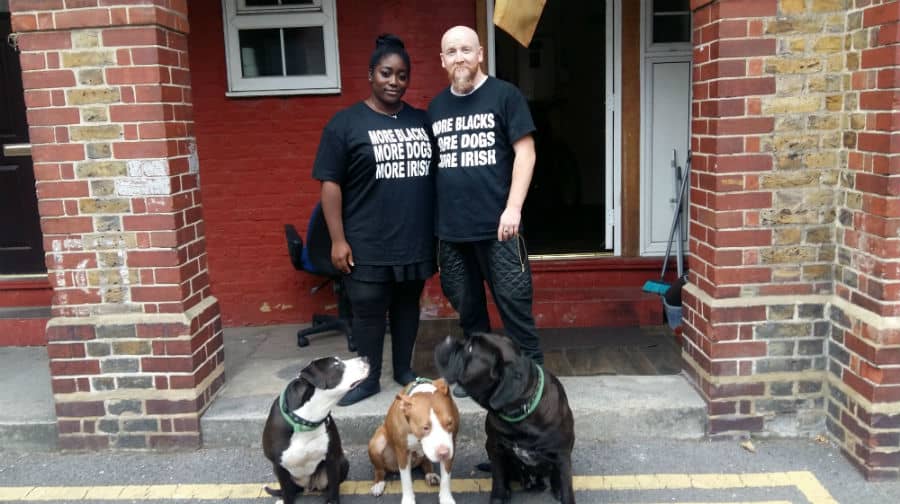 A Camberwell couple have gone viral after being photographed with their T-shirt emblazoned with ‘More blacks, more dogs, more Irish’, writes Thomas Deacon…

Irishman Richard O’Gorman, 36, designed the T-shirt for himself six years ago, and the once dormant idea came back to life when musician DJ Swiss from So Solid Crew shared a picture of himself and Richard wearing the T-shirt on Instagram.

The T-shirt went viral across the world after Richard was photographed wearing the T-shirt with his girlfriend of Jamaican descent Taurayne McKen, 28, in Brixton.

Construction worker Richard said: “With this we decided to take it serious and get the message out there while there was so much hostility among people in the world in today’s current clime, both here in England and across the waters in America.

“We felt there was a need to bring people together and put a positive twist on the well-known negative slogan.”

The story was shared by the Irish Post in London, an Irish paper in America and as far away as Jamaica.

T-shirts have now been sold in Ireland, the UK, and even South Africa, Tokyo, New Zealand and Australia.

A percentage of the T-shirt sales will be donated to the Camden Irish community centre and the Black Cultural Archive in Brixton.

I blow chunks at this level of political correctness