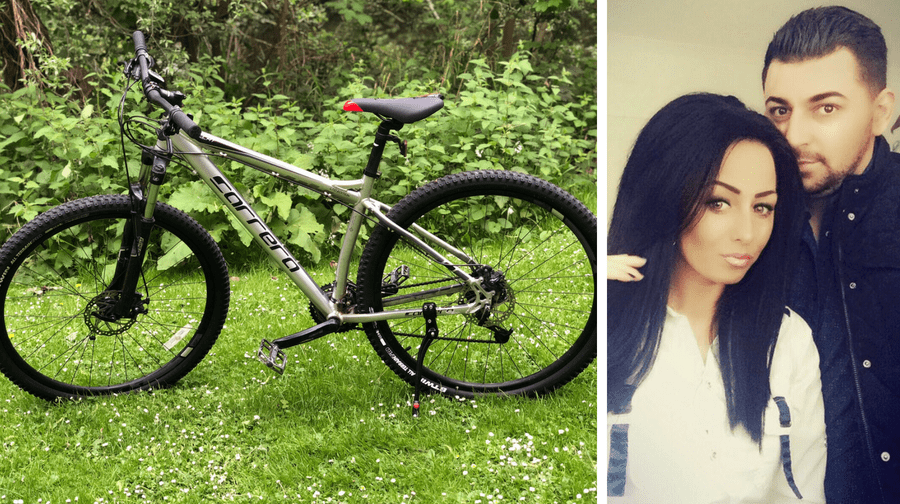 A couple say they are planning to move away from London after two bikes were stolen from their home in Rotherhithe in the space of a fortnight.

Sergio Dacin, 29, and his wife Adriana Tont, 28, say they might move back to Romania next year as they no longer feel safe where they live.

The couple, who live in Brunswick Quays, had one bike stolen from where it was chained up in front of their home at about 4pm on May 21 and the other from their back garden, which backs on to Russia Dock Woodland, at 2.23pm on June 4.

Mr Dacin said he had also found the tyres of his car slashed twice since moving into the area a year ago.

“The first time we had a bike stolen I came home at 5pm to find the bike wasn’t there, and the second time I was in the kitchen with my wife cooking when I heard a noise,” said the lorry driver.

“We went into the living room to check but couldn’t see anything but when we went outside to have our dinner and started to eat I just saw the bike was missing.

“The bike was covered in my garden where nobody could see it.”

Mr Dacin said he was scared that next time he will find whoever stole the bikes in his home. “The problem is we don’t feel safe at all in this area – I’ve changed all the locks in my house,” he said.

“Before this I used to be a locksmith so I know about this area and I had a lot of jobs to secure houses after burglaries.

“I’ve been in London for nearly six years and I’m thinking of going home next year.”

The first bike stolen on May 21 was a red bike worth about £150 which Mr Dacin used to travel to work.

The second bike stolen on June 4 was a silver Carrera Hellcat limited edition mountain bike with 29-inch tyres worth about £800.

A Metropolitan Police spokesperson said all leads were exhausted regarding the red bike stolen on May 21 and that the case was closed.

However, police will pursue any further evidence that comes to light.

Inquiries continue into the silver Carrera bike stolen on June 4 and there have been no arrests.

Anyone with information can contact police by calling 101 or tweeting @MetCC.

To give information anonymously, contact Crimestoppers on 0800 555 111 or online at https://crimestoppers-uk.org/