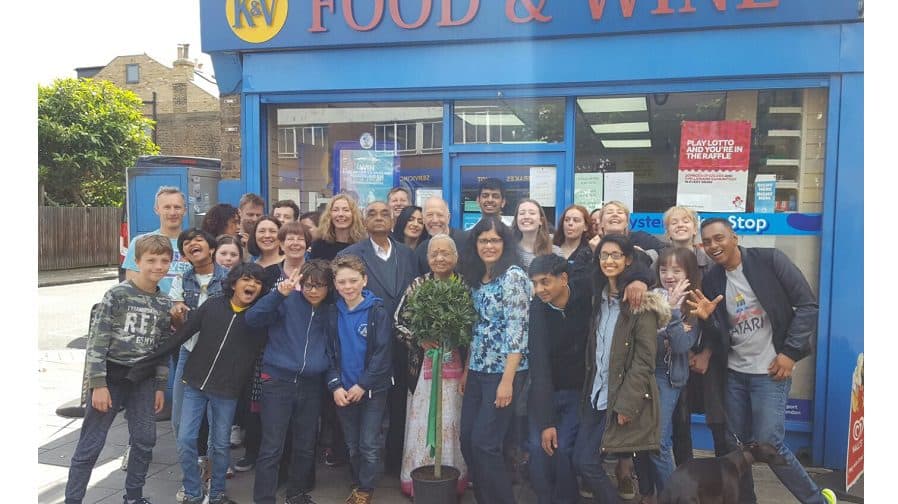 A family that has run an East Dulwich newsagents for nearly 40 years are due to sell their last newspapers on Saturday, writes James Kelly…

Ajay and Hetal Patel’s family have been at K&V Food&Wine since 1978, and are the second generation to have run the Grove Vale store.

The pair became such a well-known part of the community that they were recognised abroad by locals on holiday.

Speaking to the News this week, Ajay, 50, told of the times he was spotted on a plane on the way to New York and at a cricket match in India. He also went on to thank loyal customers for their support over the years his family has run the store. Ajay highlighted one of his favourite memories of working at the shop as getting their first Lottery machine in 2007 – because it took them fourteen years to get one.

When asked if they expected to be running the shop for so long, despite the rise of supermarkets and their ‘local stores’, the pair joked: “Put it this way, we’ve gone through three recessions, two riots and we still survived!”

As for the future, while the Patels are not retiring they have confirmed the shop will be staying open with a new owner – and that they will be relieved to not have to work ‘unsociable hours’ seven days a week.

“We’re going to take two years’ rest and take it from there. We only live round the corner,” Ajay explained.