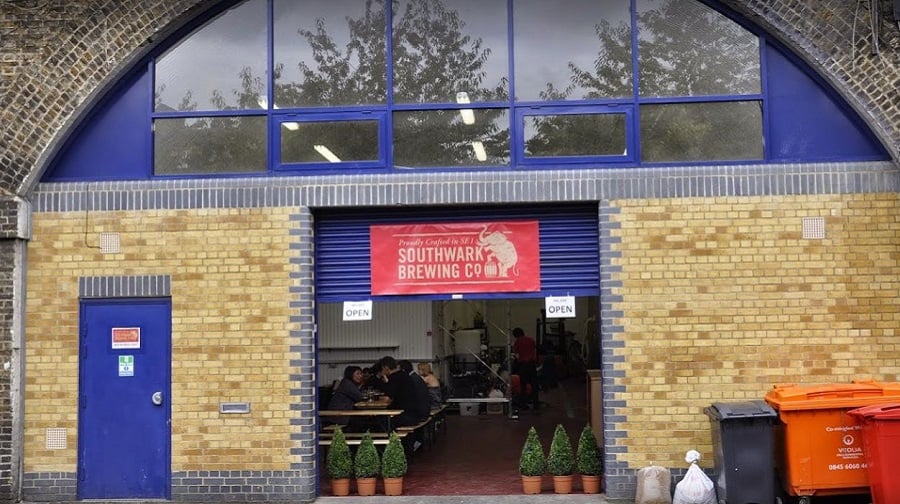 Courage Beer will be brewed at Southwark Brewing Company in Druid Street, SE1

To celebrate its 230th year of brewing beer, Courage is returning to its roots and will once again brew beer in London SE1.

The Courage SE1 project will see a new limited edition range of cask ales released every two months until February 2018 in celebration of Courage’s London heritage.

The beers will be brewed by the team at Southwark Brewing Company, established in a railway arch in Druid Street in 2014, with the guidance of the brew team at Charles Wells.

Two beers, a Session IPA and a Smoked Porter, were released first during London Beer Week (March 13-19) with a series of tours highlighting Courage’s influence on SE1.

Southwark Brewing Company will produce a further five beers, one every two months, until February 2018.

Each beer will only be brewed in small quantities and will be limited editions.

Jason Wills, marketing director at Charles Wells, said the project perfectly connected the past and future of brewing in SE1.

“While the brewery itself may no longer be there, the Courage Cockerel continues to stand proudly upon thousands of London pub signs, mirrors, windows, bars and lighting,” he said.

“Under its gaze, Courage’s homeland has once again become a centre of brewing, boasting a string of new microbreweries, each with their own personality and product.

“Breweries such as Southwark Brewing Company continue the fine traditions of London’s ales and stouts, while each adding their own new personality and influences from other brewing cultures

“The Courage SE1 Project will merge the expertise and creativity of brewers from Courage and Southwark Brewing Company and bring a modern twist to the Courage range that is close to our original London SE1 roots in both location and passion.”

“The brewing heritage of SE1 was important in choosing a location for our brewery, combining a rich history of fine ales with the vibrancy of the regeneration of Southwark and Bermondsey,” he said.

“We researched the history extensively for inspiration for our new beers, and when we were approached by Charles Wells to develop this project, we jumped at the chance.”