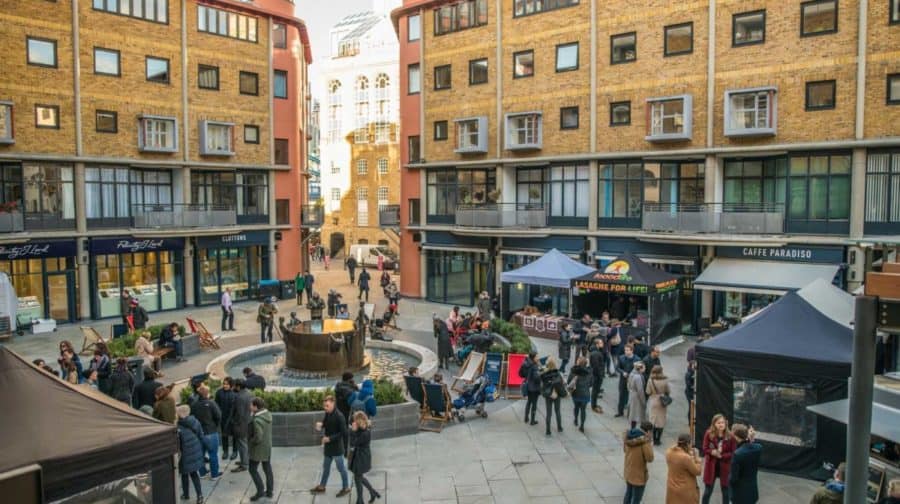 The council said the purchase of Courage Yard which is worth £89 million would generate £5million a year in rental income (Image: courageyard.com)

Southwark Council has bought an £89 million commercial complex in Shad Thames in what it called an investment to produce income for front line services.

The Courage Yard complex near Tower Bridge consists of seven buildings spread over 2.2 acres of land, including office, retail, and residential units.

However, Liberal Democrat councillors have requested an urgent meeting with council officers to explain the decision and said they were concerned at a lack of consultation with residents and ward councillors.

Council bosses predict the complex will net them £5million a year, which they say will go towards frontline services.

Cllr Victoria Mills, cabinet member for finance, performance and Brexit, said: “Income we receive from our commercial property portfolio is essential to help support our highly valued public services in this time of decreasing government funding.

“Over the years we have acquired commercial assets that we can manage to generate revenue. Projects are chosen based on being in Southwark and the size and resilience of their revenue return, which can then be used to support our frontline services.”

However the leader of the opposition Lib Dems, Cllr Anood Al-Samerai, said: “We have requested an urgent meeting with officers, as we’re concerned local residents and ward councillors were not consulted beforehand.

“We will be pushing the council to make sure they properly involve residents in their future plans for this site.”

Cllr Mills said that the council expected the move to help replenish reduced income after the sale of council properties or the conversion of them into housing.

She added: “Over recent years a number of properties the council owns have been sold to help finance our substantial your antibiotics or we have developed them to deliver new council housing. This has reduced our income from commercial assets.

“During 2017 we purchased four properties in the borough with an established rental income of over £2.18million a year and we believe that Courage Yard will be another valuable asset for the council.”

The complex is the home of the technology company ZPG, which is behind the property site Zoopla and the utilities site u-Switch.