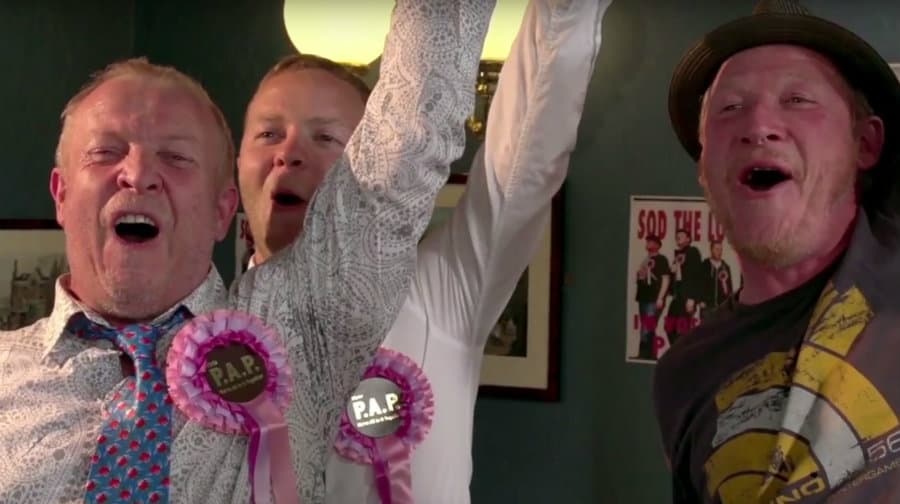 The producer of a viral YouTube show about Bermondsey boys taking on the establishment wants supporters to “rage against the politicians” by sending a fundraising music single soaring up the charts.

Eddie Webber wants to create a five-series television show based on the underground internet hit ‘Power to the People’, which follows the story of a group of disgruntled Southwark residents forming a political party.

Starring alongside Geoff Bell, who has appeared in movies such as Mike Bassett: England Manager and Green Street, and EastEnders’ Danny Dyer, Eddie created a show that struck a nerve with viewers and became a viral success.

The group are now looking to fund a professionally-produced television series by selling the show’s theme tune on iTunes – and Eddie believes the timing could not be better.

He said: “With the London mayoral election being held on the 5th May 2016, coupled with a Europe referendum by the end of June, the political environment is perfect for the ‘Power to the People’ project.

“We have been trying to get this five season series made for two years now and with all the shenanigans going on in politics at the moment we feel now is the time for a political comedy satire show from a working class perspective to hit the air waves.”

The single was composed and performed by Tramper Price, a musician who has played with the likes of Slash, Ronnie Wood and Peter Frampton. It will be available for just £1.

Eddie said: “With a press of a button and a pound people can be part of something independent of the establishment’s censor – and a few years of fun watching the progression of the series. We are all looking forward to filming the TV-ready series later on this year.”

Danny Dyer added: “This project is bang on, pie and mash!”