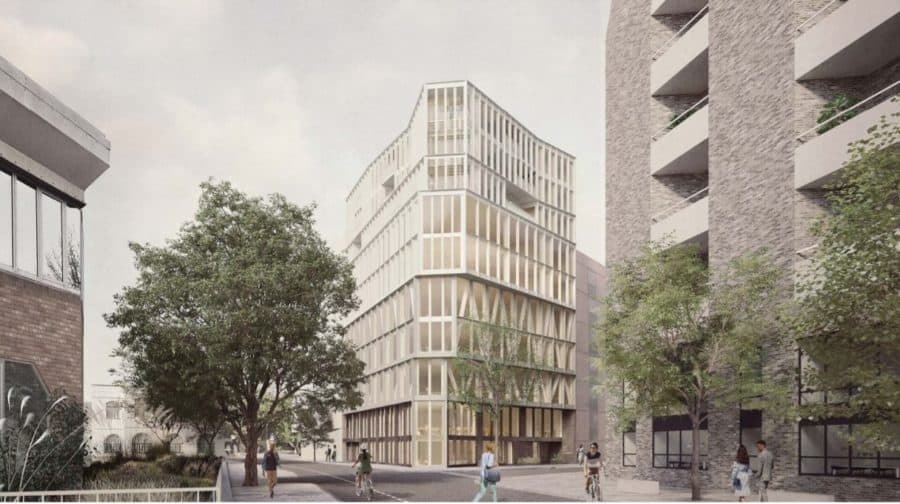 A concept image for the Crimscott Street development

A new development is being proposed in Bermondsey without any affordable housing.

The block, on the corner of Crimscott Street and Willow Walk, would contain nine flats but none would be let out at social or intermediate rent.

London Mayor Sadiq Khan’s planning policy says that developers should include at least 35 percent affordable housing in new housing in the city, in a bid to prevent people on middle and lower incomes being priced out of the capital.

The New Southwark Plan, the council’s framework for development, says that buildings with nine flats or fewer should have 35% affordable housing if it is financially viable.

In this case, Site Specific, the company that has applied for planning permission, said it would not be financially viable for them to include any affordable housing in the development or offset this elsewhere. The company pointed out the relatively small size of the development, at half a hectare, and said that it was more focused on spaces for commercial rent.

The nine-storey development would also be much too high for the neighbourhood, according to the council’s long-term plan for developing the area around the Old Kent Road. Buildings on Willow Walk should be no higher than four or five storeys, according to the plan, while Crimscott Road should be seven or eight storeys.

Some local residents appear to be against the proposed development, speaking out against the lack of affordable housing and the height of the buildings. Some 44 comments on the application were against the development. Five were in favour, citing the high quality of the design among other factors.

The application was submitted in May and is now being reviewed by planners at Southwark Council.

Not sure why the idiot developers chose to purchase property over the odds to redevelop knowing they couldn’t meet social housing requirements. They fully know they can earn a smaller margin if they did. Trying to pull a fast one over the council me thinks.