The event on July 22 will also coincide with celebrations of St. Mary Magdalene’s feast day at the garden 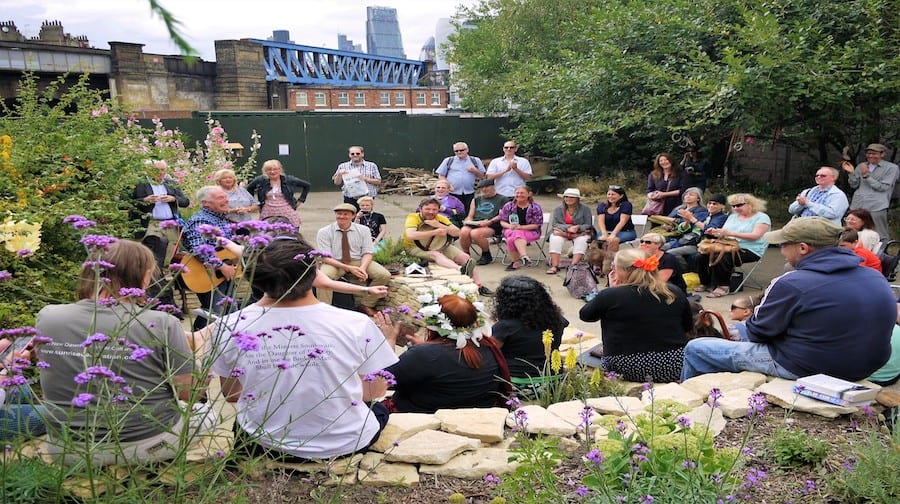 The Dean of Southwark, Andrew Nunn, will be conducting an “Act of Regret, Remembrance, Restoration” in memory of the mediaeval sex workers buried in unconsecrated graves at the Crossbones Garden of Remembrance in Borough, writes Anisha De…

The fourth year of “Crossbones Blessings and Bards” will be held on July 22, at the Union Street graveyard.

The Dean’s ceremony will be followed by performances of literary works inspired by the history of the outcasts’ burial ground. John Constable, author and performer who also leads local activist network Friends of Crossbones, said: “It is events like these that reiterate the importance of the Crossbones Garden of Remembrance as a reminder of Southwark’s past and as a beacon for present and future social inclusion.”

The story of Crossbones goes back to being established as a graveyard for ‘single women’ or ‘Winchester Geese’ – sex workers licensed by the Bishop of Winchester to work within the Liberty of the Clink, which lay outside the law of the City.

Crossbones later became a paupers’ burial ground, with an estimated 15,000 burials, more than half of which were children. It closed in 1853, when it was described as being “completely overcharged with dead”.

In the 1990s, London Underground conducted a partial excavation of the site during the Jubilee Line extension, removing approximately 148 skeletons.

Following a twenty year campaign to protect the Crossbones graveyard site from development, owners TfL granted a lease to BOST and agreed the burial ground would be protected as open space.

Since 2015, Friends of Crossbones have collaborated with Bankside Open Spaces Trust (BOST) to maintain a community Garden of Remembrance on the site of this ancient burial ground.

Developer U+I has joined forces with Transport for London (TfL) to regenerate a site next to the graveyard into new homes, including affordable housing, and employment space as well as retail and creative spaces.

However, U+I has assured that the Crossbones Graveyard and Gardens will remain protected throughout the development of nearby Landmark Court in Redcross Way.

Earlier this month they had held meetings with local residents to hear the community’s views on the proposed development.

Sunday’s event will also coincide with celebrations of St. Mary Magdalene’s feast day at the garden. Entry is free for “Crossbones Blessings and Bards”.

For more information related to the event, please visit: http://crossbones.org.uk/crossbones-blessing-and-bards-3/