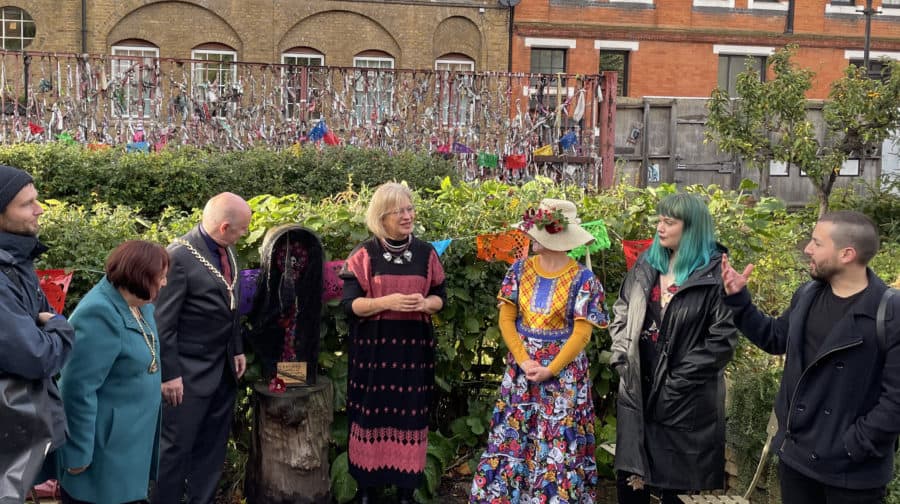 The Mexican Ambassador to the UK presented a Southwark graveyard with a beautiful statue as part of the Mexican Day of the Dead last Friday.

La Catrina, the image of Death in Mexico, now stands over the buried bodies of working class people and prostitutes in Crossbones Graveyard in Borough, a year before the Day of the Dead will be celebrated for the first time in England next year.

Josefa described the graveyard as “beautiful,” and said she was very emotional at being invited to present the Mexican symbol. 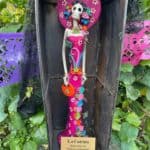 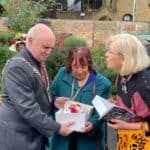 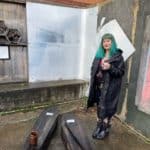 Lucy Coleman Talbot with part of her installation 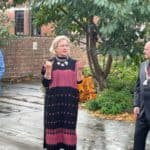 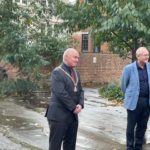 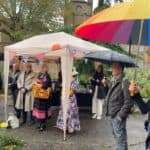 She was accompanied by musicians playing violin and harp, and traditional Day of the Dead refreshments including red hot chocolate.

Also present were volunteers who have helped maintain the vibrant garden that now covers the graveyard.

The space was also adorned with installations from anthropologist Lucy Coleman Talbot, who has been researching Crossbones graveyard for her PhD. The small installations include coffins marking the names of people who, through her research, Lucy had confirmed were buried at the site.

“I wanted to bring these people back into the space,” Lucy said. “They’re people who, because they were seen as undesirable at the time, have had their stories forgotten by history.”

Old-fashioned milk jugs surround the coffin of a milkman who died of suicide, while a pair of specially-knitted baby shoes sit atop the tiny coffin of an unknown baby.

Up to 15,000 people are estimated to be buried in the graveyard. More than 40 per cent of the skeletons belonged to stillborn children or babies under 11 months old, suggesting a very high infant mortality rate for the area.

There have been concerns that the site may be taken over for housing – but these fears were postponed after the Bankside Open Spaces Trust successfully gained a 30-year rolling lease last March.

While much of the site’s origins remain clouded in mystery, for now La Catrina will watch over visitors to the beautiful and peaceful graveyard, until the celebrations next year.

Crossbones saved – a tribute to our poorer ancestors