Entrepreneurs hope to turn abandoned toilets in to space for arts, theatre, film and coffee 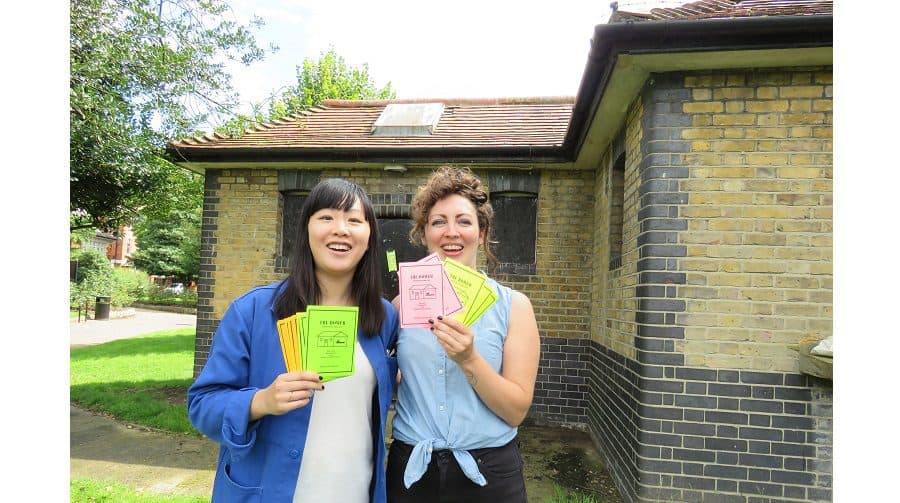 A crowdfunding campaign has been launched to transform a derelict Victorian toilet block in Camberwell into an arts and publishing studio.

Joyce Cronin and Louisa Bailey said the brick block in Brunswick Park had been empty “since the 1980s”, and want to give it a facelift.

“The toilets have all been taken out. It’s an empty shell with no electricity or running water, it needs a lot of work,” said Louisa, from Forest Hill. “We’re hoping it can become an informal place where people can socialise and run a business.”

Also working with her colleague Sharon Mah, Louisa hopes the council-owned hut can become a base for their publishing business, Publication Studio London.

“We want to offer our publishing services to local students, but it could also be used as a pop-up space for theatre and film screenings and artists. We’ve also spoken to the Spike Roastery [café in Peckham Rye] about having a coffee cart out front,” said Louisa, 35.

Their target is to raise £10,000, and over 180 people have already pledged £6,700, with nineteen days left to make up the rest, and for their campaign to be a success.

Although they saw other potential locations that were more “ready to go”, the old W/C off St Giles Road caught their imagination, and they “couldn’t get it out of our minds”.

“We used to have a similar project in Kennington, where we had an old barber shop used by people doing a mixture of things like cutting hair and a publishing businesses, and we want to do a similar thing here,” Louisa said.

If all goes to plans, the £10,000 will pay to completely refurbish the inside of the hut, install new windows and doors, and fit new underground water pipes.

To find out more or to make a pledge, visit: www.spacehive.com/the-bower.