Their current building, created half a century ago, has a number of faults, such as a leaky roof, poor plumbing and a small kitchen 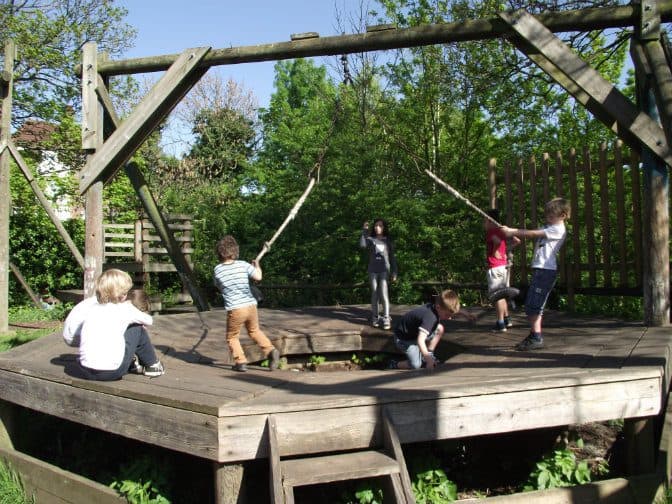 Fundraisers at the playground (DKHAP) are aiming to collect £15,000 via crowdfunding platform Spacehive, which they will use to achieve their dream of a purpose-built home.

Their current building, created half a century ago, has a number of faults, such as a leaky roof, poor plumbing and a small kitchen.

The youth organisation have 46 days left to hit their target, which will pay for a planning application, after which Spacehive will take down their appeal.

DKHAP has provided children aged five to sixteen with a free, outdoor, open-access adventure playground since the early 1970s.

During spring and summer, DKHAP pulls in up to one hundred children a day.

A new building will mean they can develop their existing services, which include arts and crafts, music and sports and extend them to even more children.

“We are a natural hub for the community,” said Patrick, “The playground is where people congregate. Families come together and enjoy each other through play.”

If DKHAP’s planning application is successful, their next challenge will be to raise the money for the building itself, which Patrick estimates could cost around half a million pounds.

“It’s always been our dream,” said Patrick. “But now we have the right people around us.”

In addition to their Spacehive efforts, the team is also planning a Bonfire Night fundraiser on November 4 and a Christmas Fair on November 26.

You can support DKHAP’s appeal by visiting