Bringing to life 1980’s Soho, this one-man show is a celebration of queer culture; a kaleidoscopic musical and spoken word tribute to the veterans of the AIDs crisis. 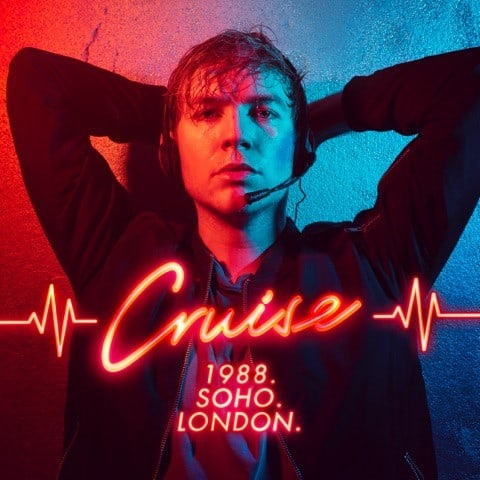 Cruise is the true story of what should have been Michael Spencer’s last night on Earth.

When Michael is diagnosed with HIV in 1984, he’s told he’ll have four years to live – at most. So, with the clock ticking, he and his partner, Dave, decide to sell their house, flog the car, spend everything they have and party like it’s the last days of Rome.

When Dave dies two years later, Michael doubles down on his hedonistic ways, spending what little he has left and drowning himself in drink and drugs.

On the last night of his four-year countdown – the 29th February, 1988 – Michael decides to go out with a bang. He puts on his favourite jacket, heads for Soho, and embarks on a long night of farewells. He says his goodbyes to friends, enemies and strangers; old haunts, dive bars, cafes, clubs and pubs; his brothers, sisters, allies and exes. He dances, sings, and says yes to everything and everyone.

Then, with all his affairs taken care of, Michael promptly… survives. Michael got lucky, and he goes on to live to a ripe old age. Michael has been given the gift of life; but what kind of life can he now live?

Bringing to life 1980’s Soho, this one-man show is a celebration of queer culture; a kaleidoscopic musical and spoken word tribute to the veterans of the AIDs crisis. Directed by Bronagh Lagan and filmed at Shoreditch Town Hall, it features an uplifting 80s electronic soundtrack performed live by John Elliott.

This new filmed play will be available to watch from 15 April – 25 April at Stream.Theatre with tickets at £12.

Holden said: “Cruise is based on a true story I was told while I was a volunteer for Switchboard, the LGBTQ+ Listening Service. I was in a weird, unstable, self-destructive part of my early 20s. This story, among others, taught me my gay history, put my life into perspective, and helped me to grow up. The names and a lot of the events have been changed, and a hell of a lot of material has been imagined. This play is a tribute to a generation decimated by HIV and AIDs, a memorial for the old days of Soho, a celebration of electronic music, and an excuse to dance.”

Katy Lipson said: “When you discover a script like Jack Holden’s Cruise during a time when our beloved sector is closed it reminds you why it must re-open again. Making the decision to film CRUISE is just another way of adapting and ensuring this important story has a chance to reach audiences in a new and innovative form before we can bring it to the stage later this year for a live audience.”

Lambert Jackson said: “‘We’re delighted to be collaborating with Aria and Jack to introduce and begin the life of this incredible story through the powerful medium of film. Stories like this need to be told, and until we can present it in a theatre to a live audience, our intention is to reach as many people as possible across the globe with this powerful piece of theatre.”

Southwark NewsNewsCruising Into Another Life