Another sculpture made out of toast has been found in Peckham. 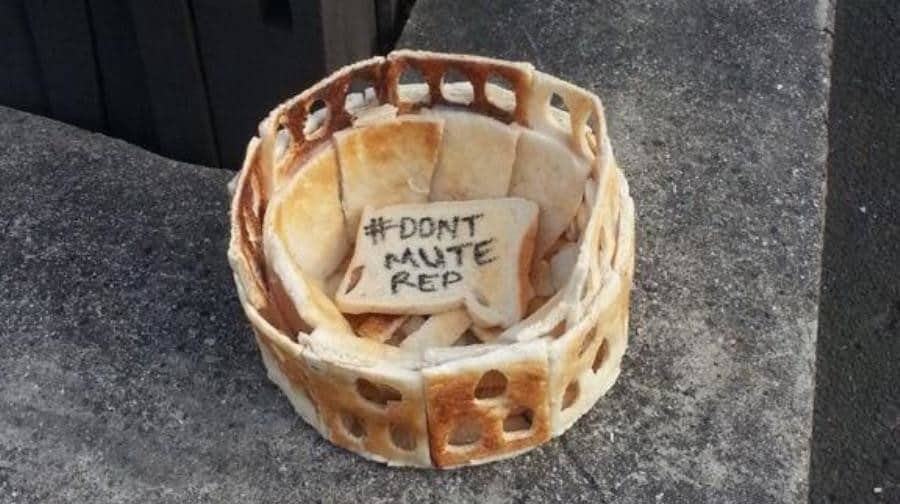 An abandoned miniature Taj Mahal made of toast had Twitter in a jam last week as admirers tried to track down the ar-toast responsible.

It transpires the crumby creation was the work of events company The Robin Collective in East London who made it for a photoshoot to promote their event, House of Toast. Peckham photographer, Abi Green, rescued the ‘Toast Mahal’ from being thrown away and took it home to show her mum before leaving it for others to admire outside Queen’s Road station in Peckham, as reported in the Standard. Inspired by the Warbuton’s wonder, a toasted Coliseum appeared the next day with the message ‘#Don’tMuteRep’ written on a slice of bread at the centre.