The 79-year-old was suffering from both coronavirus and dementia 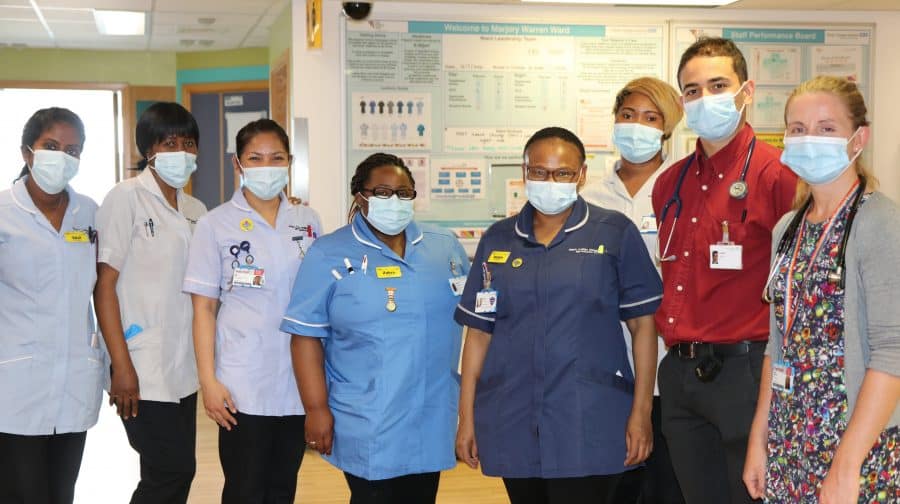 Staff at King’s College Hospital were able to make a breakthrough in the care of a coronavirus patient who had dementia after discovering his love of tea.

The vulnerable 79-year-old man was admitted in April 2019, showing signs of dementia as well as neglect.

Originally the man, who was very confused, was abusive to staff, and refused to take his medication, while his hair had become matted from lack of washing.

Nurses and doctors on the ward had to figure out how to build a relationship with the elderly pensioner – and the secret turned out to be a cuppa.

“Our immediate concern was making sure he was properly hydrated and taking the meds he needed,” said Mable Maphosa, the ward’s clinical co-ordinator.

“Nursing colleagues invested a lot of time in building a relationship with him, and encouraging him to eat and drink.

“When we discovered he had a love of tea, we were able to make his life a little easier.”

Doctors and nurses on the ward bought the gentleman a new outfit, and even gave his beard a shave.

“We suddenly saw the man behind the beard, and it meant the world to him,” added Ms Maphosa.

“The change was so dramatic, and we had no idea it would make such a big difference. He gained so much confidence and started chatting happily to staff and patients.”

The patient has now been transferred into a residential care home after two months at King’s, where he is “thriving” say medics at the hospital.

Coronavirus disproportionately affects those who are elderly, and patients sometimes have dementia, adding an extra layer of complexity to care.

“Patients who are confused are often disorientated and don’t realise they are in hospital,” said Emma Ouldred, a dementia nurse specialist at King’s.

“Sometimes they think they are at home and wonder who these strangers in uniform are and what they are doing in their ‘home.’

“Knowing that a patient has underlying dementia is vital in order to understand their needs better and also to look out for signs of delirium as this condition is very common in patients with dementia.”