Cyclist in collision with lorry in Camberwell New Road

Injured man was seen being cradled in a pedestrian's arms 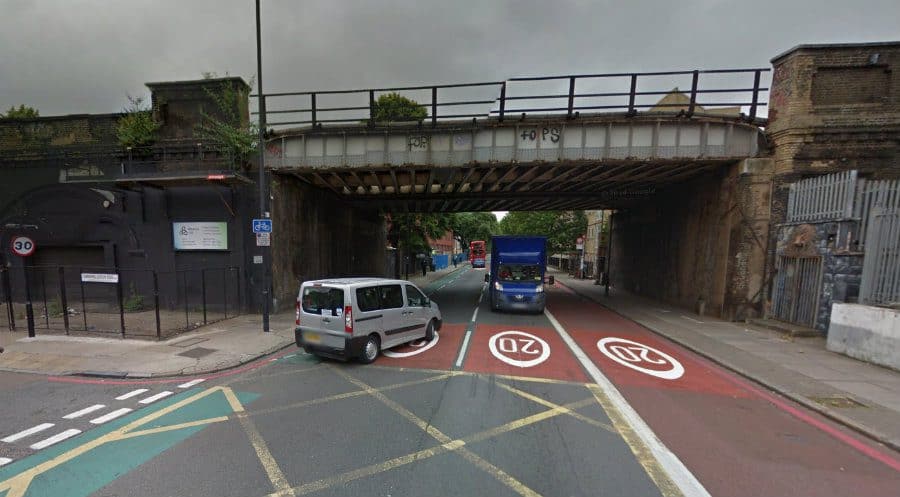 A cyclist was knocked to the ground after colliding with a lorry today at the junction between Camberwell New Road and Camberwell Station Road.

An eyewitness, Tim Eaton, who was cycling alongside them, said: “I heard the impact when I set off from the traffic lights at Camberwell Green on my bike.

“I was ahead of him by no more than a second. By the time I could stop and run to assist he was being cradled by a pedestrian who called 999.”

Police have confirmed they were called by London Ambulance Service at 7.35am.

The lorry driver stopped and got out of the vehicle.

The male cyclist’s injuries were not believed to be life threatening and he was taken to a south London hospital.

No roads were closed but there was believed to have been a build up of traffic.

Please Southwark News, it is very upsetting for families to read coverage stating a badly injured or killed family member or loved one, that they “collided with a lorry” !!
This injured person was hit by a truck.

Southwark NewsNewsCyclist in collision with lorry in Camberwell New Road