The woman was taken to hospital with leg injuries. 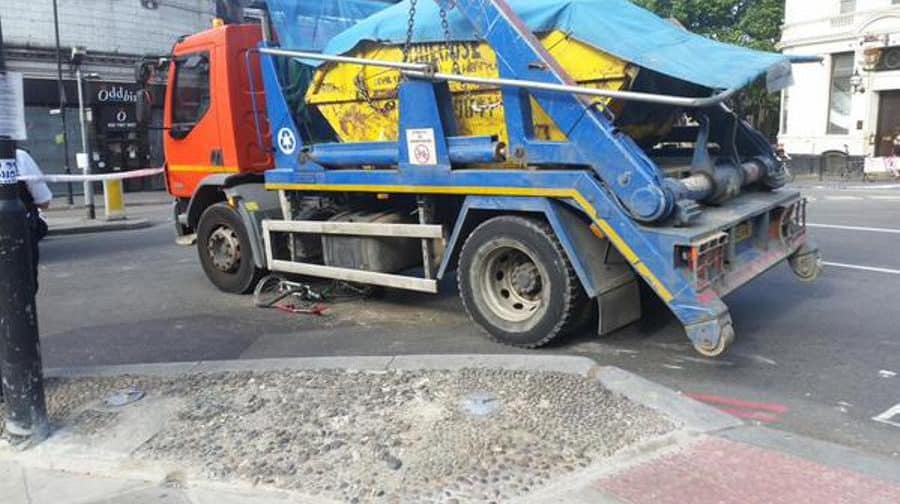 The bicycle crushed under the lorry (Pic: Geoff Smith)

A bicycle was “crushed” by a skip lorry during a horrific rush-hour accident at London Bridge on Wednesday morning which left a female cyclist hospitalised with leg injuries.

The woman, thought to be in her late-20s, was hit as she cycled by the junction of Duke Hill Street and London Bridge Walk at around 7.30am.

One Twitter user said: “Sad to see a crushed bike underneath a skip lorry at #londonbridge shocking to see. Hope the cyclist is ok.”

Another posted: “Just passed a serious accident with a cycle crushed by a lorry at London Bridge. Hopefully the cyclist is ok on his/her way to hospital.”

A spokesperson for the Met Police said: “The cyclist is thought to be a woman her in late 20s. She has been taken to a central London hospital with leg injuries which are not thought to be life-threatening.”

The driver of the lorry stopped at the scene and has not been arrested.