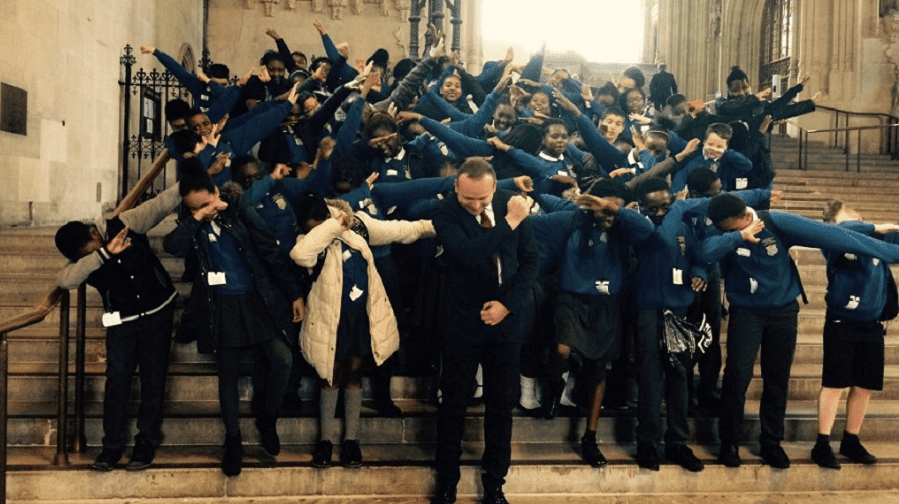 The News can exclusively reveal that ‘dab’ dancers have infiltrated the Houses of Parliament with the help of Bermondsey and Old Southwark MP Neil Coyle.

Pupils from the English Martyrs’ RC Primary School were seen dabbing on the steps of Westminster Hall only yesterday.

The Labour MP was even pictured attempting the dance move, as more than 70 pupils backed him up.

What the hell is this ‘dabbing’ you speak of?

Dabbing is the new-ish dance craze first championed by Georgia State hip hop trio Migos, whose track “Pipe It Up” has been viewed more than fifteen million times around the world.

Other famous dabbers include various Premier League footballers, who have made the gesture as a goal celebration.

The first televised dabbing in the UK was believed to been the work of Manchester United’s Jesse Lingard, after scoring against Newcastle in January; see below: