Dad and sons to row 3,000 miles across Atlantic in world record attempt while raising money for hospice 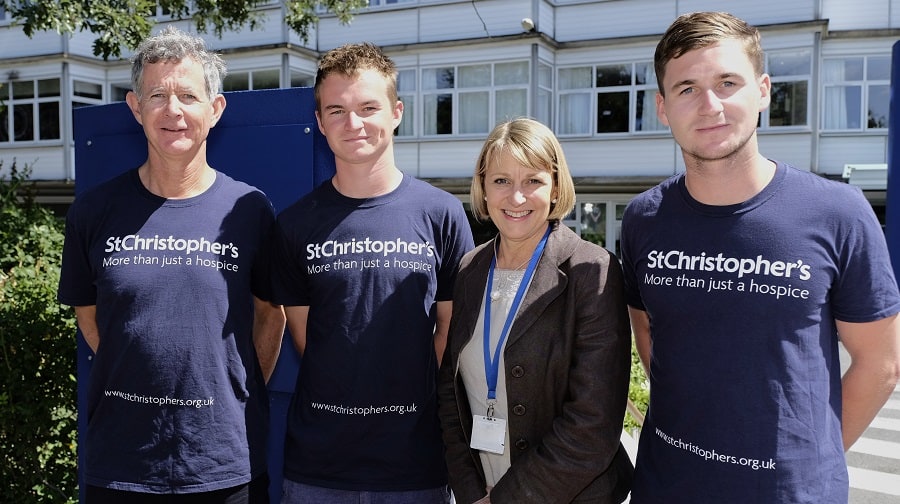 A dad and his sons will row 3,000 miles across the Atlantic Ocean in a world record attempt while raising money for a hospice.

James Trafford, 59, and his sons Joe, eighteen, and Hugo, 22, are taking on the once in a life-time challenge to help St Christopher’s Hospice continue its work supporting patients and their families across Southwark, Bromley, Croydon, Lambeth, and Lewisham.

The trio will set off in December and attempt to row for at least 60 days straight as part of the Talisker Whisky Atlantic Challenge.

They will need to carry all of their supplies and equipment on board their boat, named St Christopher’s, and will only have a satellite phone to communicate intermittently.

The trio will take it in turns to row in shifts with two hours rowing and two hours rest all day and night for at least two months.

And if they are successful, they will become the first father and two sons to row an ocean.

To make the journey worthwhile, the family hopes to raise more than £500,000 for St Christopher’s – a charity close to their hearts. “We’re all really excited to get this rowing challenge underway, but I must admit other people’s reactions are starting to unnerve me,” said James.

“Of course there’s the physical side of the crossing, and for that we’re training hard in the gym and in the boat, but the mental challenge we’re going to face is probably the toughest part.

“We’re unlikely to see any other vessels once we’ve left port in the Canary Islands, so it’s just the three of us, with no-one on the horizon for months.

“We’ve also had to learn all kinds of survival skills; taking courses in first aid, crisis planning, even how to scale the side of a ship in an emergency.

“What’s spurring me on is our goal to raise thousands of pounds for St Christopher’s.”

Heather Richardson, joint chief executive at St Christopher’, added: “We are thrilled and amazed that James, Joe and Hugo are supporting St Christopher’s through a row across the Atlantic.

“Their super-human efforts will help us make a real difference to lots of people who are struggling with the challenges of death, dying and loss.”

To keep up to date with the Traffords’ progress or to donate to their fundraising campaign, visit: https://uk.virginmoneygiving.com/Team/TransatlanticTraffords

Southwark NewsNewsDad and sons to row 3,000 miles across Atlantic in world record attempt while raising money for hospice