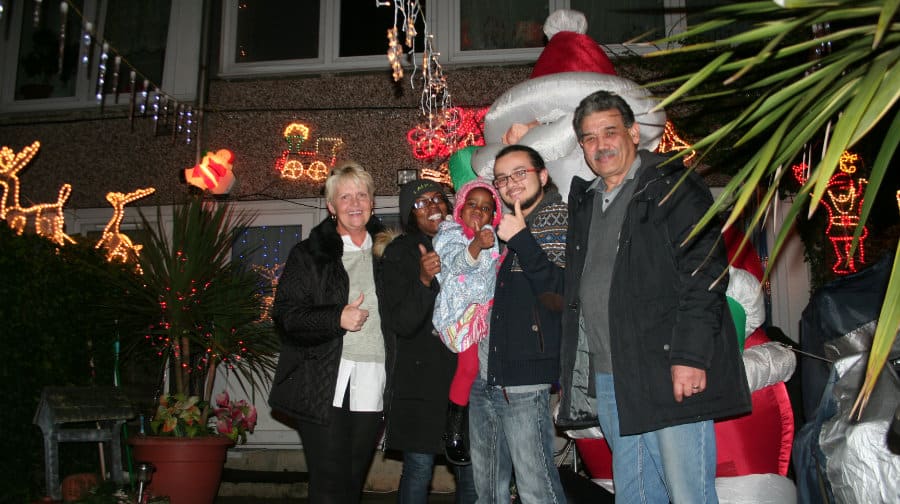 A grateful dad is lighting up his street with Christmas cheer, to raise money for charity after his son’s life was saved.

Gunaltay Mustafa’s son, Alex, was three-years-old when he was diagnosed with leukaemia. He underwent three years of chemotherapy and the doctors gave him a two per cent chance of survival.

After the Anthony Nolan charity stepped in and fixed little Alex up with a bone marrow transplant, he recovered and is now a happy twenty-year-old man.

“If it hadn’t been for them coming along, Alex wouldn’t be here,” said mum, Donna.

“They saved his life,” said Gunaltay, who decided this year he would use his annual display of Christmas lights to try to raise money for the charity.

The Albany Road illuminations took Gunaltay three days to set up and are currently costing him and wife Donna a whopping £40 a week in electricity bills.

“I started putting them up when he was three just to make him happy and now it’s got to this stage,” said the 63-year-old.

For Donna, this time of year reminds her of when the family spent Christmas in Great Ormond Street Hospital with Alex.

“No one wants to be in hospital with a young child over Christmas. Whether it’s Anthony Nolan or another charity, just think of children and other people. It could happen to any of us,” said Donna.

To donate to Anthony Nolan, visit www.anthonynolan.org/donate including the name ‘Alex’ in your pledge.