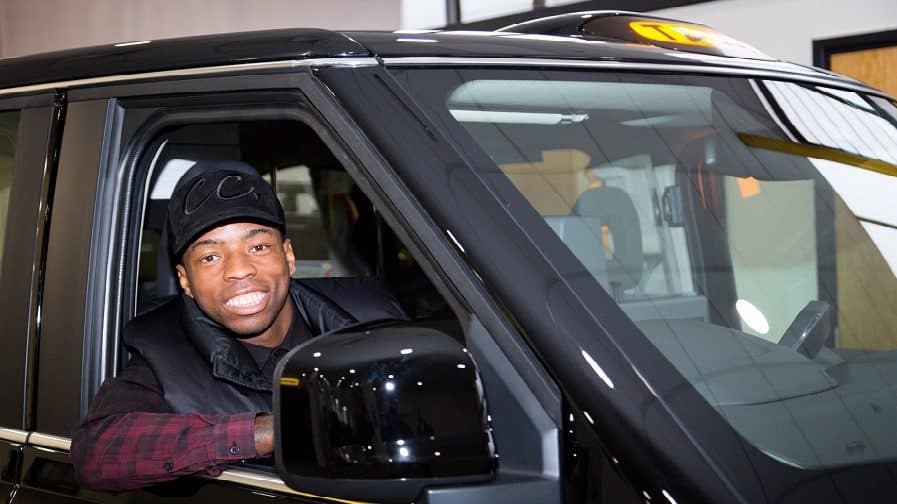 Cab driving isn’t just for ‘white, middle aged men from Essex’, says a Walworth dad who has set up a Knowledge school in south-east London.

Everton Thomas, aged 34, lives near Woolwich but grew up on Walworth’s Grosvenor Terrace, where his mum is still based, and also has family around the Old Kent Road.

He passed the infamously tough The Knowledge in July last year, after two years and eight months learning London’s A-Z off by heart.

Now he’s set up his own school on Walworth’s East Street to help other young cabbies learn the trade – and inspire men and women from different background to help break the stereotype that black cab drivers are all “white and middle aged men from Essex.” Everton Thomas with Knowledge learners from his school

Everton told the News: “I was a bus driver for ten years but I wanted to be my own boss and have flexibility with my family life, and both provider and father to my daughter and son.

“You have to take it on and teach yourself the streets, bars, points of interest and in an exam think on your feet. There is a lot to it but you learn a lot about the history of London that we can all take for granted.

“It is quite life-changing. The average age of a cab driver is 57, and the stereotype is that they’re from Essex. I never thought I would be able to do it. In the beginning I was completely on my own, for the first year, following the books.

“I registered with TfL and then started going to classes, which was quite a daunting experience, but I went from strength to strength.

“I had to work all the time for four hours at school and then hours working at home.

“It is tough-going and the drop-out rate is 70 per cent. Only three in ten actually finish The Knowledge.”

And Everton credits his family – including his wife Lisa, son Carter and daughter Harleigh – with supporting him through the two years. But it was all worth it when he was presented with his badge at a TfL presentation in July, 2017.

The Knowledge was introduced as a requirement for taxi drivers in 1865, and mastering it today involves learning over 25,000 streets in the A to Z. Everton says applications are at an “all-time low” due to increased competition from private hire, but believes uncertainty over Uber’s long-term status is encouraging more people to get back into the trade.

Although there are Knowledge schools across London, with ones in south-west, including Rankins in Brixton and The Knowledge Practise in Tooting. The vast majority are based north of the river.

“They can tell you about the history of buildings and can get you out of the traffic.”

To help others take on the challenge, Everton set up his own not-for-profit Beginner Knowledge School, on East Street in August 2017, where he says 70 registered trainees are being put through their paces.

He said: “The Knowledge has done great things for me, and my school co-founders and were calling on more young people, men and women to take the plunge and sculpt their futures in the right way, join the elite and become proud London Cab drivers.”

The Beginner Knowledge School is held at on Mondays & Wednesdays from 6pm at Congreve Hall, Tatum St, SE17.