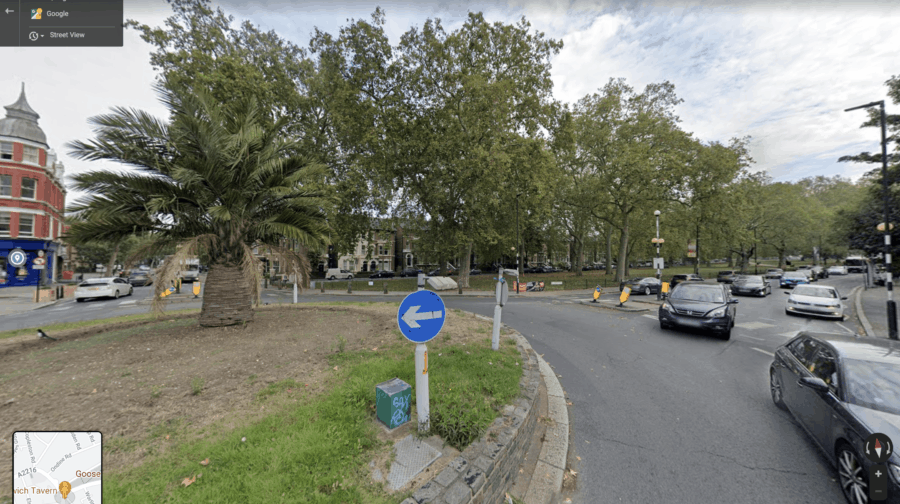 A Danish family were attacked by a mob of England ‘fans’ while travelling through Goose Green on their way home from the Euro2020 semi final last Wednesday.

After seeing the two parents and their nine-year-old son on the 176 on the night of July 7, the hostile crowd surrounded the bus and started banging on its windows and doors and hurling threatening abuse.

Eva Hoier Greene posted about the horrific experience on neighbourhood safety and networking website NextDoor to warn other non-England supporters to be careful in the run up to Sunday’s final against Italy.

Shockingly, just as the situation escalated, she claims the bus driver opened the doors, and one attacker was able to run on and punch her husband, while another is alleged to have slapped another passenger who tried to intervene.

She and her husband had tried to reason with the thugs, to no avail.

“We just stood there getting screamed at,” she said. “Eventually the bus driver decided maybe closing the doors was a good idea. It was really uncomfortable. As we drove off, angry ‘fans’ banged on the windows and yelled at us, flipping us off, doing the jerk-off hand movement at my kid.

“And again, we are a family of three, not rabid fans, we were just sitting in the bus.”

She said her son was left worried for any Italians ahead of the final.

“He doesn’t quite understand why adults, in a neighbourhood he’s lived in for six years, would act in such an insanely hostile manner towards him.

“I think he is right to be worried, and I don’t understand either. But at any rate, we thought going to see Denmark play at Wembley was safe and we were obviously wrong.”

Her post has received nearly a hundred replies from appalled neighbours sharing their support for the family.

A Metropolitan Police spokesperson confirmed the incident was being investigated.

“Officers are investigating an allegation of assault that is said to have occurred in Lordship Lane, East Dulwich on Wednesday, 7 July at around 23:50hrs.

Officers are investigating an allegation of assault that is said to have occurred in Lordship Lane, East Dulwich on Wednesday, 7 July at around 23:50hrs.

“A passenger on a bus is alleged to have been punched by a man who was part of a crowd of people blocking the road.

“The victim did not sustain any lasting injuries and did not require hospital treatment.

“The incident was reported to police online in the early hours of Thursday, 8 July.”

Siwan Hayward, director of compliance, policing operations and security at TfL: “This was a horrific, senseless attack on a family that took place in front of their child.

“There is absolutely no place for hate, abuse or violence on our network and everyone has the right to travel safely.

“We are assisting the police with their investigation and urge anyone who experiences or witnesses violent crime like this to report it to the police immediately.

“It’s important that people tell us so we can stop it from happening again.”

There are cameras on buses so the police must have images of these thugs.
Perhaps they can be fined and then sentenced to 120 hours of taking the knee.