His next role will be to play Stephen Constantine, Millwall's former first-team coach 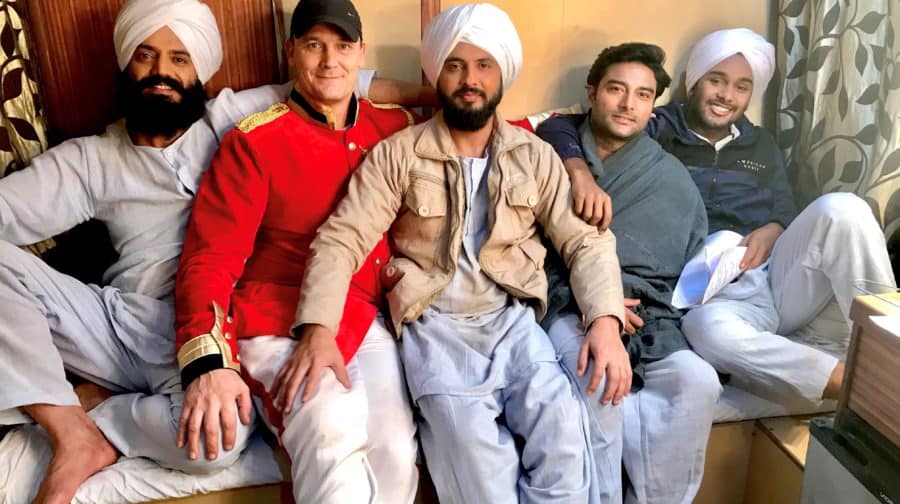 A Rotherhithe man has become an Indian film star after landing a role in a hit Punjabi movie.

Darren Tassell, 44, played a battle-hardened British sergeant in Rangroot, which tells the tales of Sikh soldiers who fought in the First World War

The film was a runaway success in Punjab cinema – and now the dad-of-five and grandfather-of-one gets recognised and stopped in the street.

“I was taking my son to his home in South Croydon on the Overground and two Punjabi speakers were sat opposite me,” said Darren.

“He said, ‘I watched the film last night and I knew I recognised your face!’”

“It made my son’s day. He loves that I’m having a little bit of success,” the actor, who grew up on the Redriff Estate and still lives the area, added.

Now the breakthrough role has led to Darren being cast in two other major Punjabi films due to be released this year, one even with a Millwall link. In his next movie, Barefoot Warriors, Darren will play Stephen Constantine, the former Millwall coach

The new movie, Barefoot Warriors, tells the story of a former budding football star called Christian who crosses paths with the barefoot football players of a quaint Punjab village.

Darren plays India’s national football team coach, Stephen Constantine, who was the former first-team coach at Millwall in the 2005-06 season.

“When I rang them up they saw I looked a lot like him,” Darren said. “It wasn’t until afterwards that I realised and picked up on the Millwall connection.”

Darren first began acting as a teenager at the former Scott Lidgett School, in Bermondsey, before joining London Bubble Theatre.

But he had to take a daring plunge into quitting his job in software before finding his lucky break. Darren pictured on the set of Barefoot Warriors

“I was offered a few extra roles and I couldn’t give up work to do it and eventually I felt working for someone else’s dream was stopping me following mine,” the actor said.

However, shortly after making the decision to quit his job, he landed a spot on an Actimel Christmas commercial, despite going against 1,200 people for the opportunity. “I got the part, so I knew I made the right decision,” he said.

Now the actor is hoping to branch out in different roles and to shoot in the US and UK too. “I can play any role,” he told the News, but often enjoys playing the clown.

“I do funny characters and voices for my kids, so standing up and getting paid for it is wonderful.”

However, he is not going to give up on Punjabi cinema any time soon, he says. “I have this connection with them [Sikh people].

“No matter where you are in the world, you find a man with a beard and a turban, he’ll take of you. It’s just a wonderful thing, they’re a beautiful people.

“I hope my journey continues in Punjabi film.”