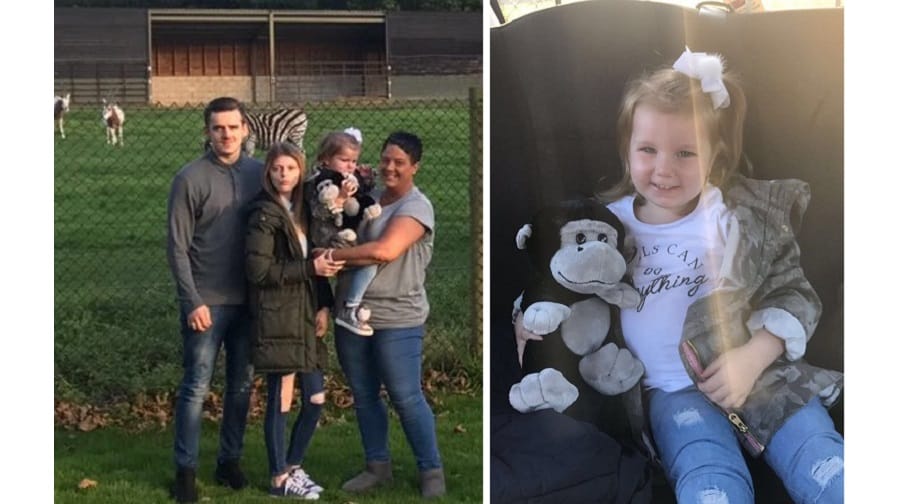 The four-year-old daughter of late Bermondsey boy Jack Wells has been treated to an “incredible” safari trip, something her dad wished to do with his little girl before he passed away.

Scarlett Flood Wells was delighted by monkeys, giraffes and tigers as she was taken through Woburn Safari Park with her grandma and auntie, on September 23.

Jack’s mum Veronica Carter told the News: “We went off-road in a ranger’s Jeep, and right up close to the animals – face to face with wolves and bears.

“Scarlett really loved the monkeys. One jumped on the car. It ran on the roof and sat on the windscreen. It was staring at her and she was just laughing at it.

“It was lovely, we all had an amazing day. I’ve never been before but we’ll definitely be going again,” the 48-year-old said.

The trip was originally planned as one of many things that Jack wanted to do with Scarlett before his death, and was paid for by The MumMum Foundation.

The 23-year-old was diagnosed with bone cancer, Ewing’s sarcoma, at the start of 2015, after finding a lump on his shoulder. But Jack lost his battle with the disease on June 27, 2016, having spent his final days at St Christopher’s Hospice in Sydenham.

Veronica spoke of her gratitude to Gary Valentine-Fuller, who set up the MumMum Foundation, and is of two directors of the Valentine & Turner Funeral Directors. The company led Jack’s funeral, which saw a procession and saw Jack’s body carried by horse-drawn carriage.

“His illness took him quickly, so after that we didn’t think much more of it [arranging the safari trip],” said Veronica, of Galleywall Road.

“Then just before Christmas my mum also fell ill again with cancer, and she passed away on August 3. Gary did by mum’s funeral was well – really brilliantly – and he repeated the offer [for the charity to fund the safari trip].”

Veronica said: “She still remembers her dad. I’ve got photos of them together in my living room, and sometimes we hear her talking to him, saying he’s been away for a long time.”