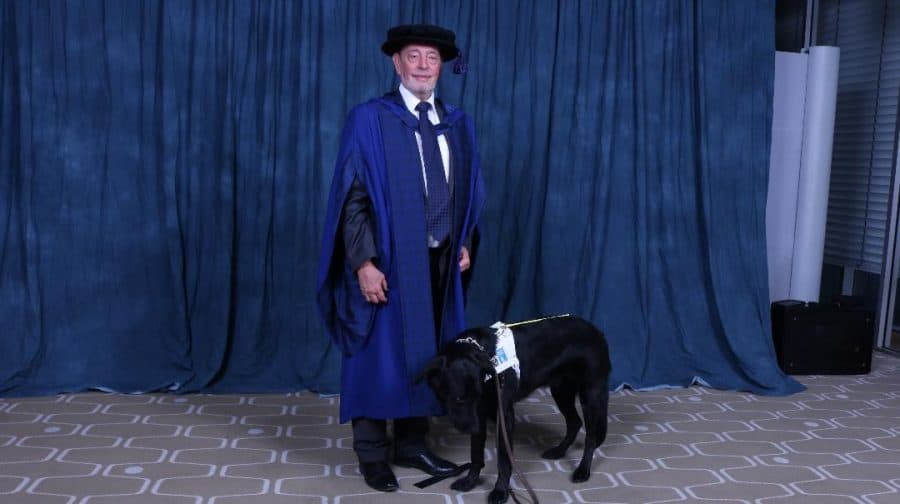 Lord Blunkett was awarded the degree during a graduation ceremony on Monday (October 19) for his work in promoting improved access to education and his commitment to occupational health and safety, at the university’s Royal Festival Hall.

On receiving his Honorary Doctorate, Lord Blunkett, who is a patron of the Society of Occupational Medicine, said: “I am honoured and delighted to be receiving this award today of an Honorary Doctorate from London South Bank University, particularly as being part of the graduation ceremony for students of health and social care touches on a subject very close to my heart.

“When my own father was killed in an industrial accident when I was twelve, we struggled.

“My mother was also caring for my elderly grandfather and seeing what she went through made me determined that if I ever got the chance to do something about those kinds of situations, I would.

“That’s really what sparked my interest in occupational health and health and safety, and my belief in the importance of education.”

Professor Warren Turner, Dean of LSBU’s school of Health and Social Care, said: “We were very honoured to have David Blunkett with us at our graduation ceremony and to be giving him this award in recognition of all the contributions he has made in his long career”

After the 2001 election, he became Home Secretary and then Secretary of State for Work and Pensions in 2005.

In 2015 he left parliament and became chair of the University of Sheffield’s Law School and later that year he became a life peer in the House of Lords.

He currently holds a number of voluntary sector positions, including President of the National Association for Citizenship Teaching, Patron of the Society of Occupational Medicine and Vice President of both the Alzheimer’s Society and of the Royal National Institute of Blind People (RNIB).