The documentary explores the origins of the Windrush scandal 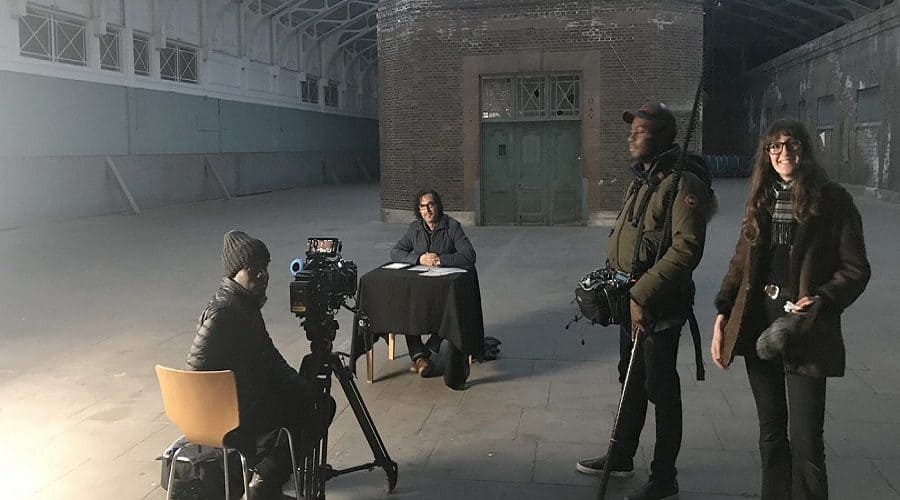 David Olusoga filming at Tilbury Docks where the Empire Windrush arrived in 1948 for his BBC Two film, The Unwanted

A BBC presenter and historian is to hold a community screening of his Windrush documentary.

David Olusoga, a professor of public history of Manchester University, will be leading a screening and talk around his BBC Two documentary, The Unwanted, which explores the roots of the Windrush scandal.

The event, at Draper Hall in Newington Butts on Tuesday, October 22, is being held to commemorate Black History Month. It is being organised by the Draper Together charity.

The film features Sarah O’Connor, Anthony Bryan and Judy Griffith who lost jobs, savings and their health facing deportation back to countries they could barely remember because of the scandal.

“I’m delighted to be joining members of Draper Together for this unique screening in a community that has dedicated itself to offering a place of inclusion” said Mr Olusoga.

The event starts at 7.30pm. Tickets are £7 and can be found on Eventbrite by searching ‘The Unwanted’ or clicking here.

The screening follows a Q&A with Mr Olusoga and the documentary’s executive producer, Mike Smith.