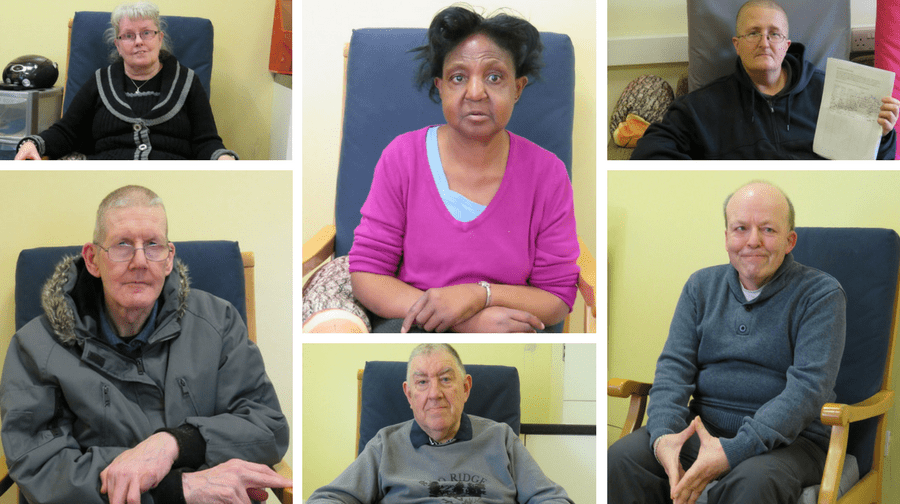 Service users have reacted to news two Southwark day centres could close – with many saying they would be stuck at home with nothing to do.

The Camden Society-run Riverside day centre, in Bermondsey, and Queen’s Road day centre, in Peckham, could close after the council served notice on both leases, the News revealed last week.

Both centres have been a lifeline for adults with learning disabilities for many years, providing activities and vital social interaction for some users who would otherwise sit at home alone each day.

The council says the Queen’s Road centre, built in the 1970s, is not fit for purpose – and could cost hundreds of thousands, if not millions, of pounds to bring it up to a good standard.

The future of the building has not yet been decided, but it is unlikely to be rented out again in its current condition.

Speaking to the News, a number of service users described what the centres meant to them – with many saying they would no longer be able to see their friends and would lose their freedom.

“It [Riverside centre] means an awful lot to me because I can’t go out on my own, I have to have support, and my brother, who looks after me, works seven days a week,” said Lorraine Farrelly, who lives in Bermondsey.

“I get massage therapy every Monday at the Queen’s Road centre because I suffer from lupus and arthritis and I’ve got pain everywhere.

“It really upsets me because I won’t have anywhere to go and I don’t want us to be separated because I love everyone here; it’s like a family and the staff are wonderful. We would be lost without this place.”

Peter Phelps, 62, said the closure of Riverside would “take away [his] freedom”.

“I would be at home all the time and I don’t want that,” said Peter, who lives in Camberwell.

“It’s sickening, shutting all the centres down, what’s going to happen to all of the people?”

Paul Boyle, 49, has been gathering signatures from businesses and residents in Bermondsey for a petition.

“What is the point in having a personal budget if we haven’t got a day centre to come to,” he said.

“I get to do all kinds of things here [Riverside] like walking group, golf, and going to the library and the pub,” said Stephen Smith, who lives in Peckham.

“I think it’s unfair to close it. I feel upset. Where are we going to go?”

“I do nothing at home, I just look out the window,” Molly Cumberbatch, who also lives in Peckham, added.

The lease on the Queen’s Road centre ended on January 31. The council has allowed the charity to continue to operate rent-free until June to allow for the assessments of its 48 users.

The charity’s lease on the Riverside centre will end in June and they will have until November to leave.

Cllr Richard Livingstone, Southwark Council’s cabinet member for adult care and financial inclusion, told the News it would cost £60,000 a year to rent the Queen’s Road site and £105,000 to rent the Riverside site.

A spokesperson for the Camden Society said the charity was still hoping its leases would be extended.

“We’d very much like them [the council] to do that and we’ve written to the council to ask them for talks on how we can carry on working in Southwark with the people we’ve been supporting so far,” a spokesperson told the News.

The council is expected to meet with the Camden Society next week to discuss all of the options for the services the charity provides.

It will also meet with users of both day centres to explain the situation and will keep them up to date with developments.