Rodney is now being cared for round-the-clock at Battersea 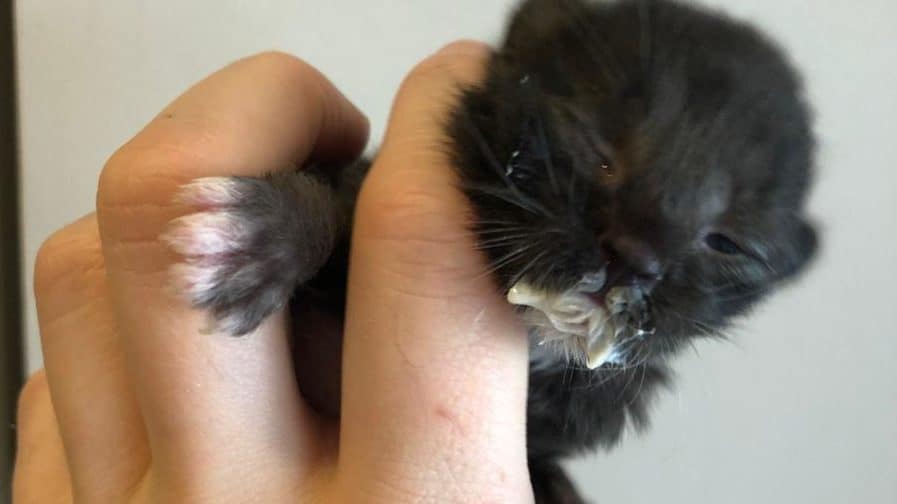 Rodney, after being hand feed

A day-old kitten has been rescued by the RSPCA after being found in a Dulwich garden.

The tiny kitten was completely alone and would not have survived much longer had the quick-thinking Seeley Drive resident not immediately brought him indoors and placed him in a makeshift bed of a shoebox lined tissue paper.

Animal rescue officer Lisa Miller took him to Battersea on May 28 where he is now getting round-the-clock care. He has now been named Rodney.

She said: “This poor tiny kitten was found all alone in the garden with no mum.

“He was so young his eyes were still closed and there is no way he could have fended for himself so he wouldn’t have lasted long if it wasn’t for the quick actions of the member of the public who found him. 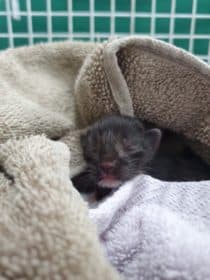 “This time of year, between May and September, is known as kitten season when most of the kittens are born which means our centres and branches are often inundated with litters.

“This little fella was likely born to a stray or feral mum who perhaps got spooked and left him behind but we also see lots of young kittens being abandoned around this time of year because their owners can no longer care for them.

“This is why we urge people to neuter their cats from four-months-old to ensure that they avoid unwanted and unexpected litters of kittens ending up coming into rescue centres like ourselves and Battersea.

“We are very grateful that Battersea could care for this little kitten and it shows just how important working with other charities is for animal welfare.”

Lindsey Quinlan, head of catteries at Battersea, said: “Battersea will never turn an animal away, loving their imperfections and expertly caring for them.

“Rodney has had a shaky start to life, but thanks to the great work of the RSPCA, he’s now been given the best chance in life.

“It’s still early days, but after providing him with round the clock care, he’s starting to turn a corner now.

“We’re hopeful he will grow into a healthy cat, and once ready, he’ll be neutered before Battersea finds a loving home for him to be the best cat he can be.”