A London gangster returns to his old haunt for new film 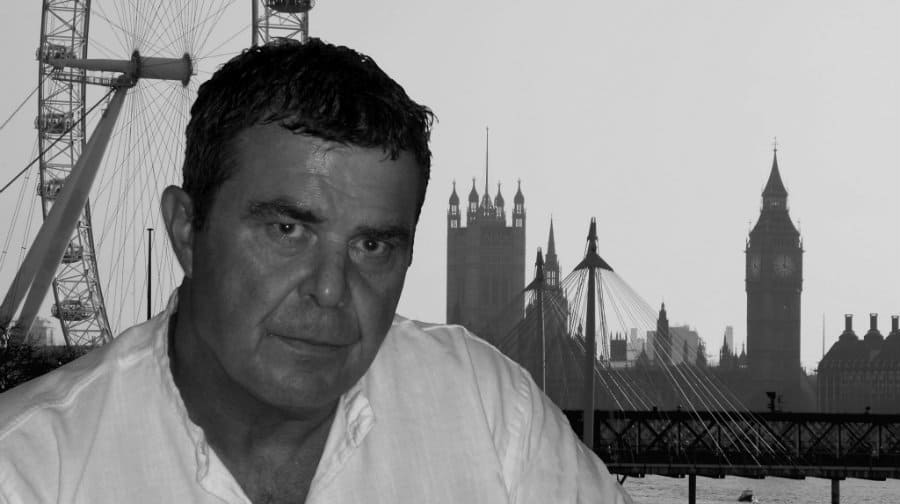 A Peckham gangster is coming back from the dead to film the story of his chequered past in the same streets where he worked for the Richardsons as a child.

Thirty years ago Johnny ‘Mack’ McDougall fled from Peckham to save his life and the lives of his family. He spread a rumour that he was dead, which “spread like wildfire” to make sure no one came looking for him. But now he is returning to his old haunt to revisit the ghosts of his youth for a new film, London Boy.

When Johnny was a young boy he stumbled into the dark south east London criminal underworld. His neighbour, who was married to Charlie Richardson’s daughter, took pity on him after seeing him beaten up by school bullies for being Irish.

“He took me under his wing,” said Johnny, who believed as a ten-year-old-boy that he’d found his way out of a nightmare of daily beatings.” I looked up to him like an older brother, I didn’t realise he was grooming me into that criminal fraternity.”

He started off picking up brown paper packages from businesses and taking them back to the snooker club in Peckham High Street where the gang congregated.

“I went there every day rather than go to school,” he said.  “They’d always give me money and I’d clean their cars. I grew up into that way of life. I was so naïve, I was absolutely green, I was like a blank canvas to them. It was the first time I ever felt I belonged.”

When an old school friend called Johnny to see if he’d know what to do with a load of diamonds he’d just nicked from Hatton Gardens, he sank further into the life of crime which already engulfed him.

The job was a big payer, involving the equivalent of £6m worth of stones today. While trying to hide his criminal life from his mum – “the most strict Irish woman you could ever meet,” Johnny was also riding around in a Bentley. His share should have been bigger though, so he started complaining that he’d been “diddled out of thousands” of pounds.

To keep him quiet ‘Mad Frankie Fraser’ put a gun to the back of his head.

“Up popped Frankie Fraser and shoved a .38 in the back of my head and told me to shut up. The guy who was with me wet himself,” said Johnny, who had tried to go straight when he was fifteen but when money got tight, he jumped back in.

“I became a dad at sixteen. I was in love. I promised her everything and I meant it, but we were so skint and I wanted to provide, so I started dabbling and just got deeper and deeper,” said Johnny, who was banged up in Borstal a year later for fraud and robbery. “I took the can for a lot of things because I was told I wouldn’t get much because I was a first offender,” he said.

After he got out he fell in with the Frenches – a gang based in Catford – and ended up being stabbed seven times in a nightclub toilet.

“The hardest thing for me, I had three children,” said Johnny.  “Going out the door was like putting on a suit of armour, I had to become someone else. When I got back I had to take it off and become a family man.”

Having survived the stabbing and Frankie Fraser holding a gun to his head, it was a spell in Brixton prison, which led to Johnny’s life spiralling out of control. When his solicitor told him he was facing ten years for an armed robbery he hadn’t actually done (though he admits he had done plenty of others), Johnny asked his cell mate for some of his heroin. He was found not guilty but it was too late, he had spent three months taking heroin and he was hooked – a strict no-no for organised crime, where everyone knows you can’t trust an addict. “If they knew I was taking drugs they would’ve taken me up the road and buried me, so I kept trying to stop,” said Johnny.

When his wife left him with the children, he knew he had to do something about it. He locked himself up in his friend’s flat for ten days and went cold turkey.

“It’s the most dreadful thing. There was dead people I had troubles with in the past appearing in front of me, and my mother, my nanna. I was vomiting everywhere, then the gas went and it was the middle of winter. I thought I was going to die,” he said. But on the tenth day he felt a bit better and started eating and the next week he started going back to the gym and building himself up again.

He moved to the Isle of Wight to be with his family again, but first spread a rumour he had died to make sure no one came looking for him.

Johnny has spent the years since battling with alcoholism before he became a Christian and started telling his story at prisons and youth offending teams, to stop young people taking the same path.

“I regret what I done at the time but if I hadn’t done what I done I wouldn’t be able to help so many today,” said Johnny. “I don’t want the grandiose idea that I’m a hero. It wasn’t like that, it was an awful time and I wish I never went through that but today I really enjoy what I do. I help so many people now and it helps me to help them.”

Back in 2008, Johnny put his story down in words in the book ‘DunPeckham’, which is now being made into a film, which will be shot back in Johnny’s old town. Filming will start in the spring, mostly on the Pelican Estate and down Rye Lane.

When he came back to scout for locations some of Peckham had changed unrecognisably, but around the estate was exactly the same.

“It’s very weird, there are memories around every corner. Walking up Rye Lane I had so many episodes of my life come back, and my old school, Oliver Goldsmiths. When I want on the Pelican Estate that brought back so many memories, mainly of parents,” he said.

When the film comes out, Johnny’s hoping it will be the only really true to life gangster film.

“When we started this I said: ‘If we’re going to do this I don’t want no exaggerations, I want it as it was. I want it true to life. There’s been so many films out there with bad story lines where the bad guy comes out on top. I never did ever come out on top… I want people to come away and think ‘I didn’t realise that happened’. They will get a different perspective because it’s as it was. I want to enlighten them,” he said.

Dunpeckham is available on Amazon from £7.99.