Boi the red-nosed pit-bull had been missing for a week until he was discovered safe and sound in a kennel. 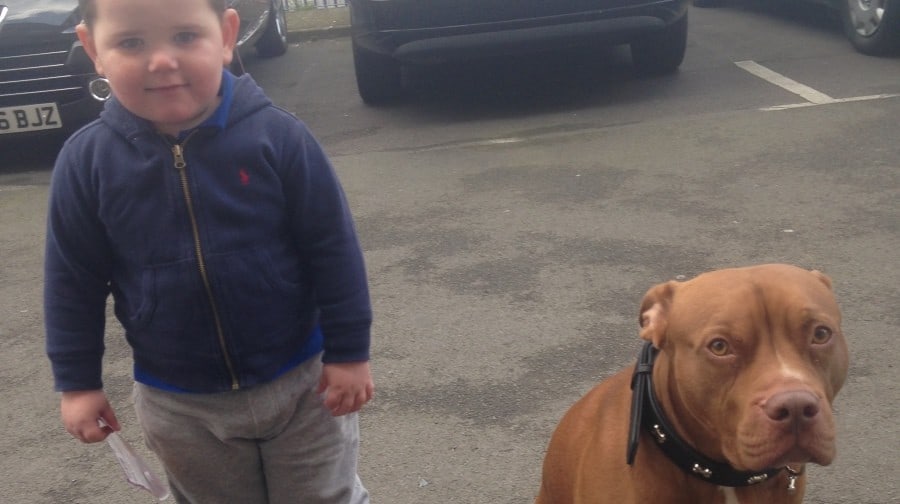 A deaf East Dulwich toddler is “over the moon” after his missing pet dog was found safe and sound following an appeal by the News.

Two-year-old Albie Jarrold and his beloved pit-bull are once again “inseparable” after Boi was handed in at a kennel. He was missing for nine days.

She said: “So many people tried to help us after we were on the front page. One man even offered to put up £500 of his own money as a reward – we are all going to visit him soon to say thank you for such a kind gesture.

“I got so many nice texts from people – some who thought they saw Boi, others who just wanted to say that they hoped we found him. It was an incredible reaction.”

Albie before his dog was found.

The dog was being walked in Jamaica Road on March 11 when it went missing. Carly and Albie were distraught and plastered the area with posters.

During his absence, Carly said that Albie did not stop calling Boi’s name and crying. Boi has been the family’s pet since Albie was born, and the dog has always been “his little friend.”

Now that Boi is back, the pair could not be happier.

Carly said: “Albie is just so happy and they are back playing together all the time. Boi is also so happy to be home. Apparently he was howling all the time at the kennel, because he is used to being treated like a spoiled baby.”