His pit-bull was stolen in Jamaica Road on March 11 when a family friend who was walking it collapsed. 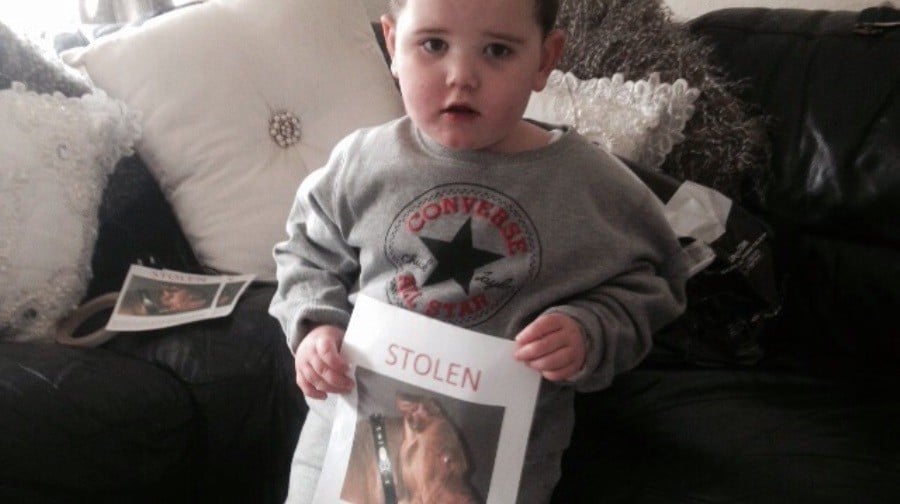 Albie before his dog was found.

A deaf toddler is distraught after his beloved pet dog was heartlessly snatched as it was being walked in Bermondsey last week.

She told the News: “He’s his little friend, he’s known him all his life. Albie hasn’t stopped calling his name and crying since he was taken.

“How can someone be so heartless as to steal someone’s dog? It’s just horrible, I can’t understand it at all.”

Boi was stolen when a family friend stumbled while walking the dog in Jamaica Road on Wednesday, March 11. He collapsed to the ground and couldn’t get up.

Carla said: “He was nearly unconscious and then a boy came and grabbed the dog away from him.”

The teenager, thought to be about eighteen-years-old, took Boi by the lead and escaped.

Carly, who recently moved from Bermondsey to East Dulwich, said: “There were so many people walking about on Jamaica Road but not one of them offered to help. It’s disgusting.”

Albie, who was born deaf, has been using cochlear implants since he was ten-months-old, and his mother said that Boi helped her son through this challenge.

She said: “They were always together and playing, Boi has been great for Albie. He is just so upset now that he has gone.”

Boi, who is chipped, has white markings around his neck and was wearing a black collar with gold dogs on it when he was taken.

Carly has urged anyone who might be able to help to get in touch, and has offered up a reward for anyone who finds the dog. Call Carly at 07931272071.