'This happened years before COVID, they can’t use that as an excuse' 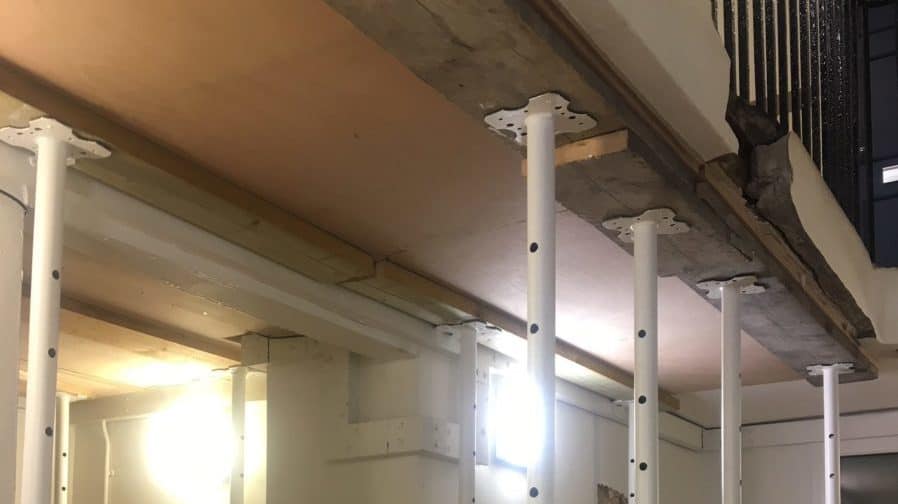 Four years after masonry began falling from a communal ceiling, Guinness Court residents say despite paying rent and service charges the landing is still being held up with temporary support pillars.

Although planning permission was granted in 2017 to regenerate the Snowsfields block and build two more floors of flats, the basic structural work on the landing remains incomplete.

Vicine Kala, who lives in one of Block D’s basement flats, told the News the first chunk of concrete fell down with an almighty crash on the evening of October 13, 2017. Fortunately no one was hurt.

Soon after, the landlord –  housing association The Guinness Parternship – installed the temporary struts to support the crumbling landing.

Since then, she claims debris still comes loose regularly, including pieces of plaster, with dust and dirt regularly falling over the hallway. Despite four years of rent paying and service charge, the problems have still not been resolved.

Added with pools of water from leaks gathering at the foot of the stairs, the pregnant 32-year-old says she regularly struggles to get her son’s buggy outside.

“You can imagine our shock when it first happened,” she said. “It was just really shocking. It’s like the building is falling down.

“People ask me how I can live here like this. The communication all the way through from Guinness has been atrocious.

“Chunks are still falling down and whenever we have complained they just send cleaners round. 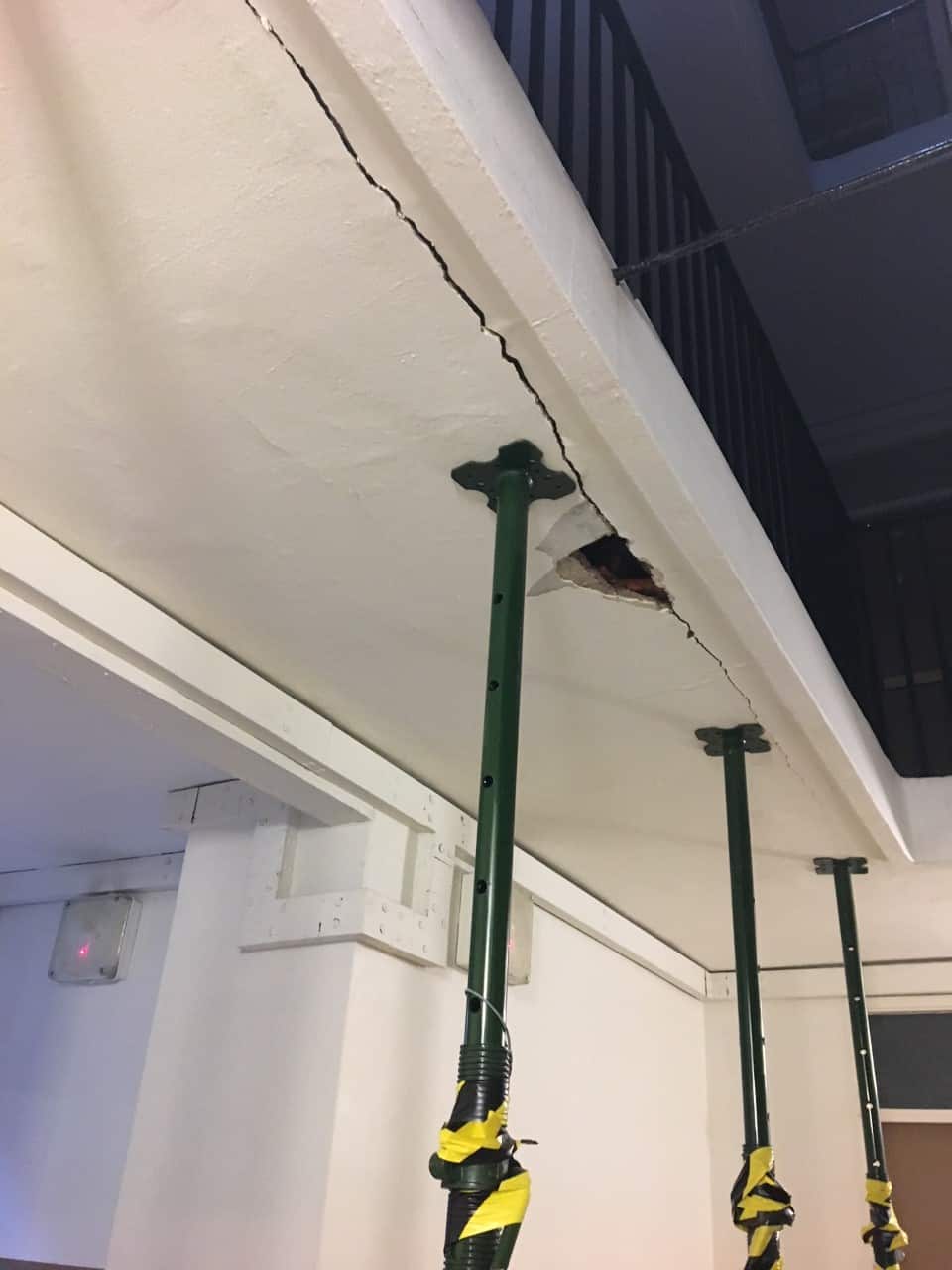 “They say it is safe and just a precaution, but contractors who have visited before told us that those structures should only be in for three months.”

The Guinness Partnership claim delays are due to COVID-19 and the need for social distancing – and because they do not want to disturb residents who are working from home. It is a view Ms Kala blasted as ‘complete rubbish’.

“This happened years before COVID, they can’t use that as an excuse,” she said.

In response to an enquiry from this paper, a Guinness Partnership spokesperson said: “We are sorry for the concern experienced by our residents,” providing the following statement: “Our structural surveyor has advised that the building is safe.

“The props are a precautionary measure and intended to provide reassurance to our residents pending work being completed.

“We installed protective plywood to prevent plaster falling and whilst there may be some dust in the area, our surveys confirm this is not asbestos.

“We inspect the area every four to six weeks.

“Due to the age of the building the issue has proved complex.

“Work would be carried out in a relatively confined space and lockdown has meant we have had to delay this to protect residents and contractors from the risk of COVID-19, as social distancing would be difficult.

“We are also mindful that the noise associated with works would be disruptive to those working from home and/or home schooling.

“We have spoken with the residents who would be most impacted and we are planning to commence work once current restrictions are eased.” 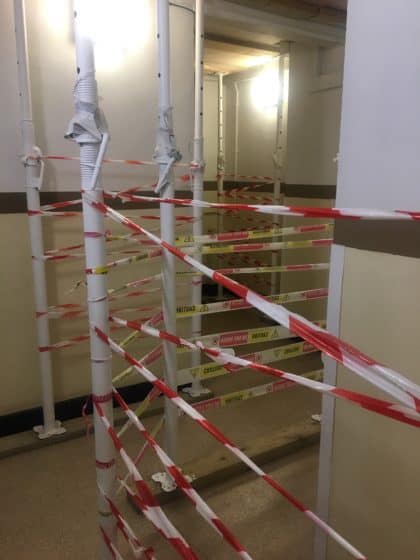