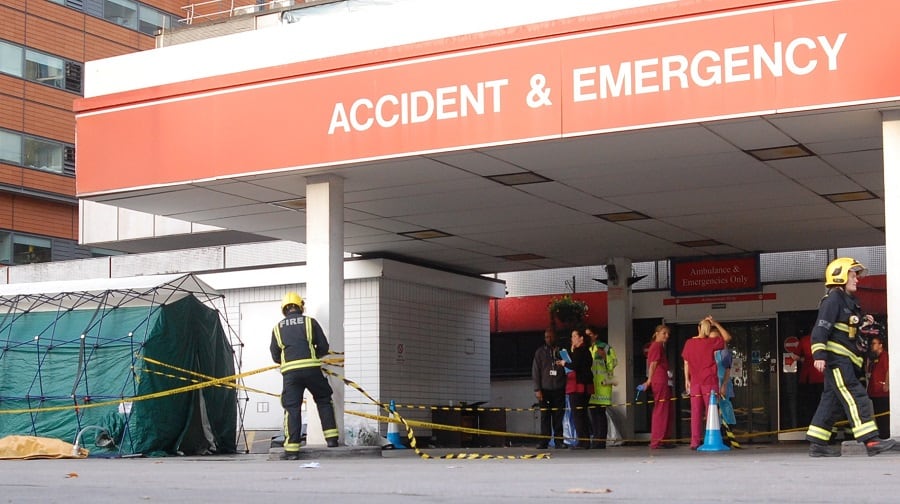 A “decontamination tent” was set up at St Thomas’ Hospital’s A&E on Saturday after two people on a motorbike pelted pedestrians with powder from a fire extinguisher.

The two unknown culprits threw the previously-unknown substance over pedestrians in Walworth Road, Grove Vale and Old Kent Road, between 6:30am and 8:30am.

Police told the News that three separate incidents were initially treated as potential chemical attacks, until it was later confirmed that that the material thrown at a number of pedestrians was “powder discharged from a fire extinguisher”.

One of the victims was a member of staff at the hospital. She was assessed and found not to have been injured.

A statement from the hospital said: “The substance was treated as a potentially hazardous material so we implemented our standard decontamination processes as a precaution.

Police confirmed that no arrests were made.