What was Del Boy doing in East Street? and what the ‘ell was he doing with that book? 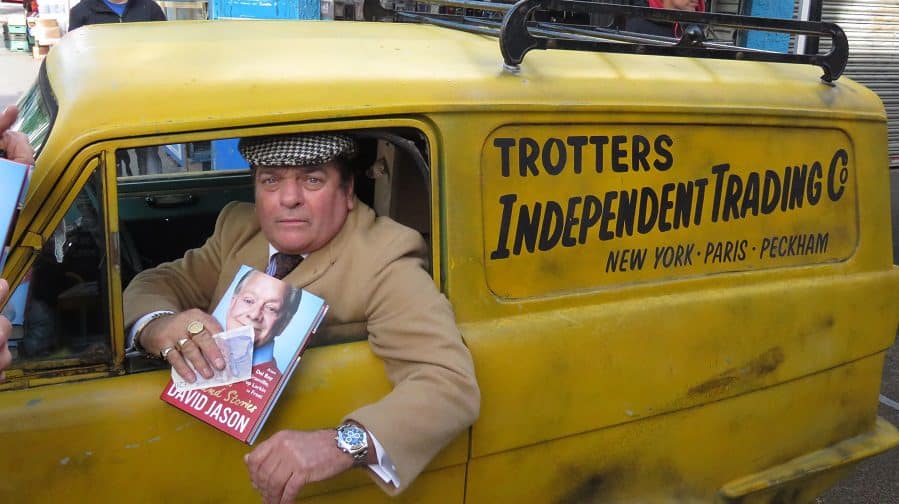 Shoppers in East Street Market stopped in their tracks today at the sight of a flat capped, flat nosed, stumpy looking man peering from the window of a dingy Reliant Robin.

Though the similarities were uncanny, the cockney faithful were not fooled.

But the Del Boy lookalike was on fine form, waving wads of cash and brandishing copies of a newly-released book – Sir David Jason’s ‘Only Fools and Stories’.

The follow-up autobiography by the veteran TV star – aged 77 and living the high life in the cosy Home Counties – offers “the joyous truth and stories behind his greatest characters and moments”.

Sir David was unable to attend the East Street book launch in person. The News was told he is currently filming for an episode of Still Open all Hours – to be shown on BBC at Christmas time.

‘Only Fools and Stories’ was published today (October 5) by Century, an imprint of Penguin Random House.

Southwark NewsNewsWhat was Del Boy doing in East Street? and what the ‘ell was he doing with that book?