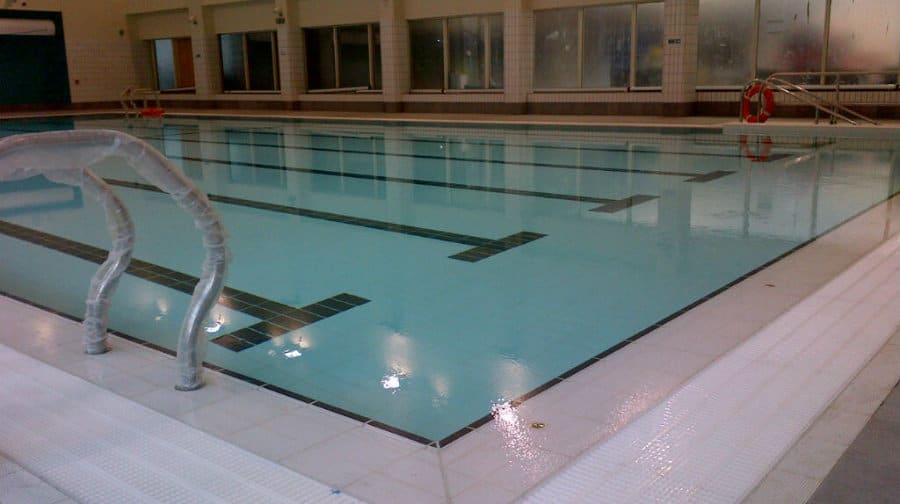 The pool at the new leisure centre, still to open

There is still no opening date for the new Elephant and Castle Leisure Centre, which was originally due to open a year and a half ago.

The brand new facility, built on part of the old leisure centre site, was originally due to open in 2013, but 500 medieval skeletons unearthed on site in October 2012 put the brakes on the £20million development.

With start of construction delayed, the opening of the facility, which will include a 25-metre pool, badminton courts, a gym, a cycle studio and a crèche, was put back to autumn 2014.

In September last year Cllr Mark Williams, Southwark’s cabinet member for regeneration, told the News the opening had been delayed further but could not say why for legal reasons.

Liberal Democrat councillor for Cathedrals ward, David Noakes, is now calling for a specific opening date and an account of whether the council has incurred costs because of the delays.

“While I have no doubt the Castle Leisure Centre will be a fantastic facility, the delays in opening and the lack of updates from the council are unacceptable for residents who have been waiting patiently for an extra eighteen months for it to open,” said Cllr Noakes. Cllr Barrie Hargrove, cabinet member for parks, public health and leisure, said: “Unfortunately, we have been affected by London-wide problems with the construction sector, where shortages of skilled labour and problems with the supply of materials are causing delays to some major construction projects.”

“We will however, be able to recoup the costs of late completion, and we’re confident the brand new Castle Centre will be worth waiting for, in a borough that is committed to building brand new leisure facilities and investing in our current centres despite a difficult financial climate. We’re really sorry for the delay but we look forward to welcoming residents to our brand new centre in 2016, where they will be able to enjoy our universal free swim and gym offer.”

This pool has been built in lieu of any affordable or socially rented flats in One The Elephant and the developers will be keen to give the impression that it is primarily for the use of residents of that monstrous residential tower, so they will delay the opening of the pool until the tower is finished. Obviously.

James, thanks for your comment – I’m a local resident and had missed the connection you made – it’s obvious now you’ve pointed it out. This regeneration project goes beyond farce.