The City of London has asked for a further £283,000 of Government funding to deal with problems arising on the Galleywall primary refurbishment 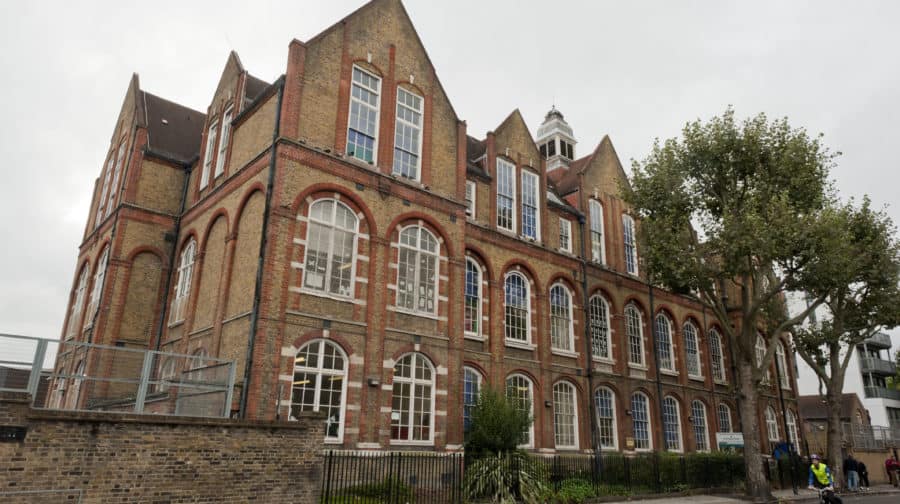 A £5.9million refurb of a Bermondsey primary school building has been delayed over “issues and risks” on the project.

Works to the ground and first floor of Galleywall Primary, a City of London sponsored academy, were due to be completed by Easter.

They are now expected to be finished by August.

The City of London Academies Trust has asked the Department for Education for an additional £283,000 to cover the unexpected costs on the scheme, including “materialised risk related to the window refurbishment” and “additional Building Control requirements for fire safety works.”

Debate is currently ongoing between the DfE and the academy sponsor about whether the additional funding will be given or not.

A decision is due within the next month.

“To avoid a potentially disruptive decant it has been agreed that works to the occupied Ground and First floors will be postponed from their original Easter completion date and now complete during the summer holidays,” states a report sent to the City of London’s projects sub-committee.

“The impact of this postponement is to extend the programme to end of the summer holiday, this will also incur extension of time costs from the contractor.”

No additional funding has been sought from the City of London for the delayed works to Victorian building, dating from 1876.

So far over £3.7million has been spent on the refurb, covering the replacement of lighting and a new boiler, a lift, mechanical and electrical installations on the ground and first floor and “general building fabric repairs.”

An approved budget for the school building refurb has been set at just under £5.9 million.

Students at the school are not expected to be affected by the delay, as work will be carried out during the holidays to avoid decanting the occupied ground and first floors of the school building.

A spokesperson for the City of London Corporation did not go into detail about the “risks and issues” were but told the News: “Due to the nature and age of the building, the project has encountered the need for additional works to be carried out during the summer break, so as not to impact the school, staff or pupils.”

The two-form entry school was opened in September 2016 with an initial intake of 60 reception students.

It will reach its full capacity of 420 students by 2023, according to the Trust’s website.