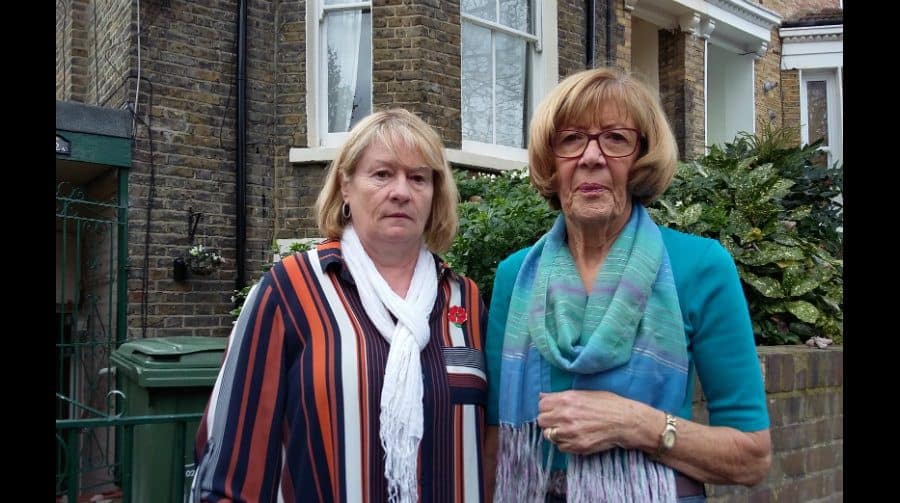 A 92-year-old widow with dementia, who does not own an oven, has had her meals on wheels stopped after subsidies were cut from Southwark Council.

Maureen Doran, better known as Mary, of Bushey Hill Road in Peckham, was visited out of the blue by a social worker on October 31. She was told that last Friday’s delivery was going be the last she received, her family has said.

The News understands meals on wheels subsidies have been reduced across the borough, as local authorities across England cope with central government funding cuts.

The vulnerable woman’s sister, Esther Owens, called the abrupt end to the services “a disgrace”.

“My sister has no cooker, and she can’t prepare food for herself,” the 77-year-old said. Although Mary is seen twice a day by a private carer, the change will mean Ms Owens will have to drive from her home in Merton every week to bring frozen meals, and cook them for her sister in a microwave.

But Ms Owens told the News: “This isn’t a story about us, it’s about the fact that all the other vulnerable elderly people out there will be going through the same thing.

“My sister is lucky to have me and my niece to look after her. What about all the people with no money who don’t have anyone?

“I felt sorry for the social worker because she was clearly upset at having been told inform all these poor families they were getting their meals on wheels cut. She then told us she had four other people to visit that day, but it was odd because my sister has never been seen by social services.”

Ms Owens claims the council made no prior attempt to inform her, or her sister about the change. “They made no appointment to see my sister. We had nothing in writing. We had no idea this was going to happen,” she said.

A member of staff for Apetito, the company formerly commissioned to deliver hot meals to Mary, told the News that meals would now cost £6 each to have delivered privately.

“I’m absolutely disgusted they are doing this to vulnerable people,” Ms Owens said.

“I’m getting elderly myself. There’s no care left for vulnerable people in this country. Why don’t they just kill us all off? If you haven’t got someone to fight your corner then you have had it.”

The News approached Southwark Council for a comment, but a spokesperson was unable to respond before  deadline.

However, the council was able to confirm that not all recipients of meals on wheels subsidies will have their services cut, and that these services will continue to be provided by Apetitio to some vulnerable residents.

Mary owned a nearby newsagents with her late husband James Doran called Bon Bon Stores for over twenty years.

Ms Owens added that Mary and James were once well known in the area, and that James would deliver newspapers around the neighbourhood every morning.