Demolishing the Aylesham Centre for flats would mean ‘no more Peckham’

Independent traders aghast at developer's plans to knock down shopping centre for up to 1,000 flats 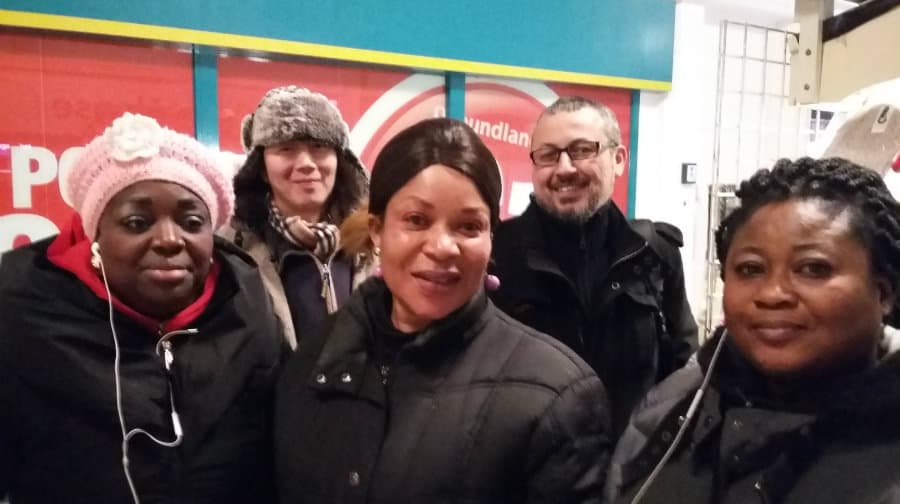 Traders have warned that rumoured plans to create one thousand flats on the site of the Aylesham Centre would mean ‘no more Peckham’.

Tiger Developments confirmed to the News last week that it was working on an “opportunity” to build homes and retail units on the Rye Lane shopping centre.

Tiger’s managing director John Nesbitt said it was “too early to give an exact figure”, but reports suggest the company could submit plans for 1,000 homes and 350,000 sq ft of retail space before 2017.

Henrietha Ionto, 45, who has traded from her Africooo textiles stall by the centre’s entrance for six years, said: “It would be very sad for me. We need these independent shops. People from all over the country and all over the world come here because Peckham is famous for being vibrant.

“There will be no more Peckham without the shops. Why would they want to make it flats?”

Juliet Okeaye, 44, who runs Juliet’s Lingeries, added: “It wouldn’t be a good idea. So many people wouldn’t want to live on a loud high street with loads of noise.

“I don’t believe a company would do it. I would tell them they are making a mistake. And if it did happen I would move.”

Mohammad Khan, 29, who manages the luggage shop in the centre’s walkway, said: “I think this is the heart of Peckham.

“A lot of people go through here. Especially I see them sit on the benches and just enjoy their time.

“If they want to demolish the Aylesham they should build a new shopping centre, not flats.”

Community group Peckham Vision last year started a petition against speculated plans for a twenty-storey building on the site, which has so far gained nearly 3,000 signatures.

The Aylesham Centre has been earmarked in the Peckham and Nunhead Area Action Plan, published by the council, for future development.

Tiger Developments did not comment on the latest developments, but referred to a previous statement made by John Nesbitt:

“Tiger Developments are about to appoint architects to explore what may be possible on the Aylesham Centre site. We are at a very early stage and will of course involve local people later this year as we consider our proposals for the site.

“We do believe however that there is a significant opportunity to improve the retail offer at the Aylesham Centre and to introduce new homes to the site, as well as new public spaces and an evening entertainment offer. We will have more to say about this later in the year.”