"A lot of old people come here and have friendships they have made over the years. These people aren’t going to socialise if they’re just stuck in a tower block watching telly" 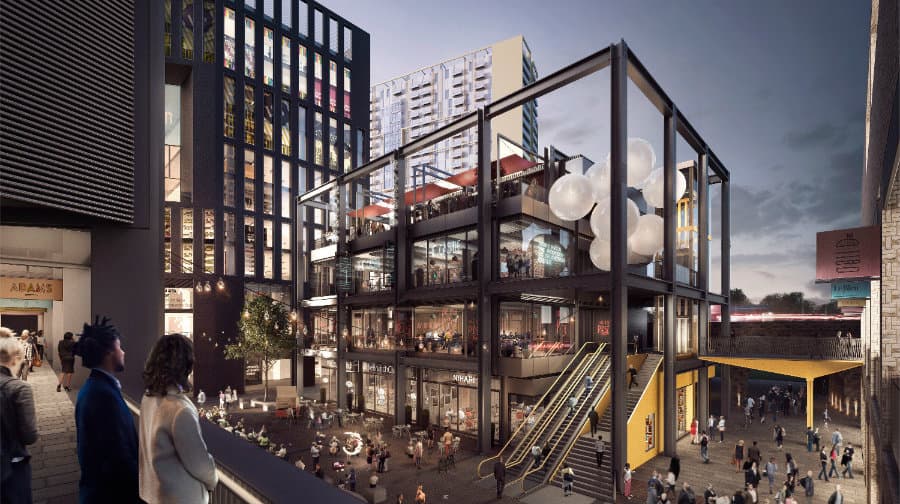 Elderly ladies of minority-ethnic backgrounds stand to lose out under plans to demolish the Elephant and Castle Shopping Centre and its bingo hall, a legal charity has warned.

Southwark Law Centre has objected to the huge regeneration plans by Delancey Ltd. It argues that Southwark Council hasn’t fully considered the impact it will have on people with “protected characteristics”.

The News understands that the planning application is likely to be decided by the council’s planning committee later this year. If permission is granted, more than 110 businesses in and around the shopping centre would be turfed out.

A letter from Southwark Law Centre (SLC), working with Elephant Amenity Network, said a Business Relocation Strategy demanded by the council will not be enough to stop the area’s diverse community being broken up.

The SLC’s objection letter said the council and Delancey “[have] not identified with precision the full range of implications on those with protective characteristics or the full risk and extent of any adverse impact.”

Last week, the News spoke to elderly guests at the London Palace bingo, who said they feared for what would become of their social lives if the bingo hall was lost and not replaced.

An Equalities Impact Assessment produced by the council in May said 90 per cent of bingo visitors were aged over 45, and 62 per cent identified as Black/African/Caribbean/Black British descent. It also found that 90 per cent visited at least once per week.

“I think that a lot of them feel like they won’t be listened to. Obviously that’s how they feel because there’s going to be huge luxury flats built here, and there will be nothing for them. Nothing for the people that live in this community.”

He added: “My objection to them demolishing this place isn’t about money. Obviously there is a lot of money involved, but what’s at stake is these people’s social lives. The bingo hall is good for all of south London.”

Patrick, whose lease on the property extends to 2025, said he will refuse any offer to buy him out.

In May earlier this year, the council said planning permission would only be considered if Delancey can produce a Business Relocation Strategy.

Councillor Mark Williams, Southwark Council’s cabinet member for regeneration and new homes, said: “Our position has not changed – it is very important that whatever happens on the shopping centre site is a positive improvement for all residents of all ages.  All views and submissions will be taken into account during the planning consultation, and we expect the applicant to have strongly considered and responded to these concerns in their proposals.” Cllr Williams added that the council will still be prepared to seek CPO (compulsory purchase order) powers “if these are necessary to take forward the scheme” and only “as a last resort”. A CPO would enable the council to forcibly buy Palatial Leisure out of its lease, and sell the land onto Delancey to ensure the demolition could go ahead.

Delancey did not comment specifically on the future of the bingo hall or its customers. But a company spokeswoman said: “Delancey is working in close liaison with Southwark Council to ensure the redevelopment meets the needs of the local and wider community of Elephant and Castle. The proposed relocation strategy is key to this, and factors in many of the issues previously raised by the council’s own analysis of the required standards and legal framework in relation to equalities.”

In addition to building a new shopping centre, Delancey’s plans include three tower blocks (one of them 34-storeys high) with a total of 979 flats. 35 per cent of those homes will be classed as “affordable”, meaning they will be rented at discounts of between fifteen and 80 per cent of market rate. The other 65 per cent of homes will be for rental market.

Vicky Thomason, 72, from Shoreditch, said: “This bingo hall is known all over the country and it’s the biggest and best one around here. If this one closes they will have to get a new one somewhere else. This is a meeting place for people. And Patrick puts on big days out and coach trips for us. People will be upset if it has to go.”

Beverley Vassell, 69, of Camberwell, said: “If it closes I will be very sad. I like coming here. Sometimes I come here seven days a week. There are other bingo halls, but this is the best one. I don’t know what I would do instead.”

Barbara Mellish, 67, and Daniel Kiely, 64, both from Balham, were equally concerned. Barbara said: “A lot of old people come here and have friendships they have made over the years. These people aren’t going to socialise if they’re just stuck in a tower block watching telly.

Daniel added: “A lot of these older people wouldn’t get out of the house otherwise. Patrick has done a great job with this business.”

The Bingo Club and its surroundings is part of the elephant & castle heritage and is built into the community which reflects the people that live there. I worked at the London club for a number of years and all the people that play there treat Patrick as family and the club a second home and for many that don’t have family this is the only place they have, Southwark council removing this will be a devastating blow to the community.

Enough already. You’d think the bingo hall was providing life-support to these people! The shopping centre is in desperate need of regeneration and these pensioners are delaying the improvement of the area for everyone else. The investment in Elephant and Castle is a brilliant opportunity for the next generation. Why should the rest of us put our lives on hold waiting for these pensioners to live out their last dying days playing bingo?! It’s so utterly selfish, beyond belief. Step aside. You’re delaying progress for everyone else.

so what about bellow 60 year old people social life?! are we all to stand on the walkway watch this coach trip and not be involved …what is the capacity of the bus 50? is this mess still standing to accommodate gambling addiction of 50 people?! it looks like it should have been condemned long time ago

Surely all the party involves could find a solution if they wanted to? Allocate a space in the new development for the Bingo hall, relocate it somewhere nearby, etc.
I personally don’t like the new plan: I think it’s a lost opportunity to build something beautiful and interesting (think Bullring in Birmingham, Sage in Gateshead, etc.). E&C deserves better than a random cluster of tower blocks after having waited decades for this regeneration, BUT we got to the stage where ANYTHING is better than the actual monster