Plans to demolish an historic crane would be a “great loss”, according to an archaeological society 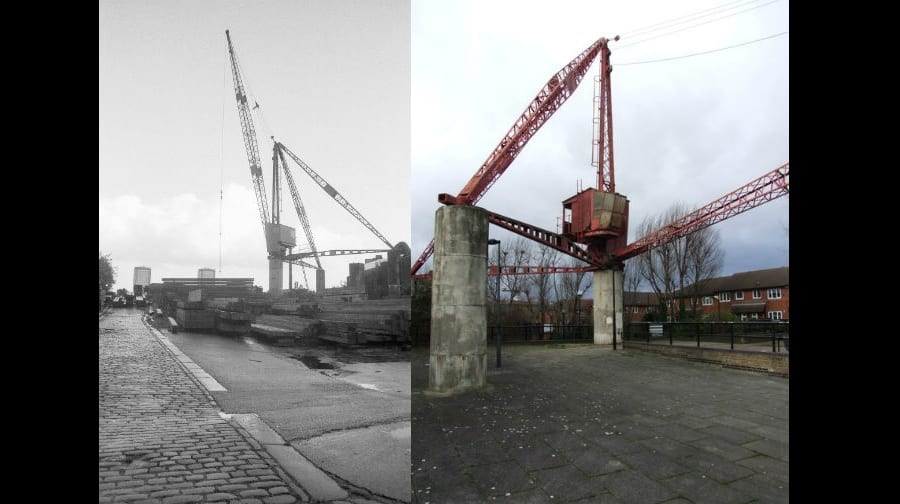 Current plans by developers Hollybrook Homes would see the crane in Odessa Street taken down and recycled into a sculpture to sit by the river, after attempts to include it into the project failed.

The proposals attracted opposition from residents in the area, who started a petition to save the crane in July, which gathered more than 360 signatures.

Originally protected by a “protective covenant” with the Greater London Authority by The London Docklands Development Corporation in 1998, it lost this safeguard in January 2014 under the direction of former London Mayor, Boris Johnson.

Malcolm Tucker from the Greater London Industrial Archaeology Society said: “The red-painted crane is the last of its kind on London’s riverside, where such cranes were once common and a familiar sight. This crane was built by Butters Brothers of Glasgow and erected in Kemp & Collins’ timber yard just after World War Two. It replaced an earlier crane destroyed in the Blitz.

“The Red Crane has become an appreciated historical feature, while it has grown considerably in archaeological value from the loss of other cranes.

“In December 2014 Southwark’s Cabinet resolved to sell the site for development. That will be a great loss.”

Justin Elcombe, managing director of Hollybrook Homes, said: “We have given careful consideration to the many comments expressed in the last eighteen months by people both for and against the removal of the crane.

“We don’t think the crane is worthy of retention because it is a post war modern electric crane that has little historic context. Furthermore it is in a very poor state of repair and represents a health and safety hazard.

“The regeneration of the site will provide many benefits, including the provision of nineteen high quality affordable homes for local people and a missing section of the Thames River Path.

“It will improve the public realm by providing new landscaped areas and removing the derelict night club. It will also help support local community projects such as a proposal by nearby Surrey Dock Farm for a new classroom and improved visitor facilities. If the crane is retained the scheme will not be able to progress and unfortunately all these benefits would be lost.”

Completely agree. Southwark Green Party has been leafleting across Rotherhithe and Surrey Docks to raise awareness of this risk to a part of our heritage.