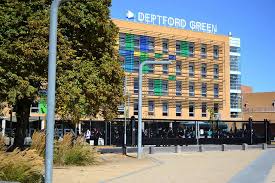 A Deptford high school was forced to close earlier this week because of a ‘large scale security attack’.

Deptford Green, a secondary school on Angus Street, was forced to shut its doors to pupils on Friday and Monday after falling victim to a cyber attack.

The school reopened on Tuesday after the problem was resolved.

Parents were notified of the issue on Friday. “Due to a large scale security attack on schools, our network has been seriously affected,” said the school in an announcement.

“School will be closed tomorrow, Friday 4th December, whilst the network team try and resolve the issue.”

The school remained closed on Monday, again because of the IT cyber attack. Pupils were told to switch to remote lessons for the day as a result of the attack.

The school reopened on Tuesday. The News contacted the school for further comment about the incident but did not receive a response.