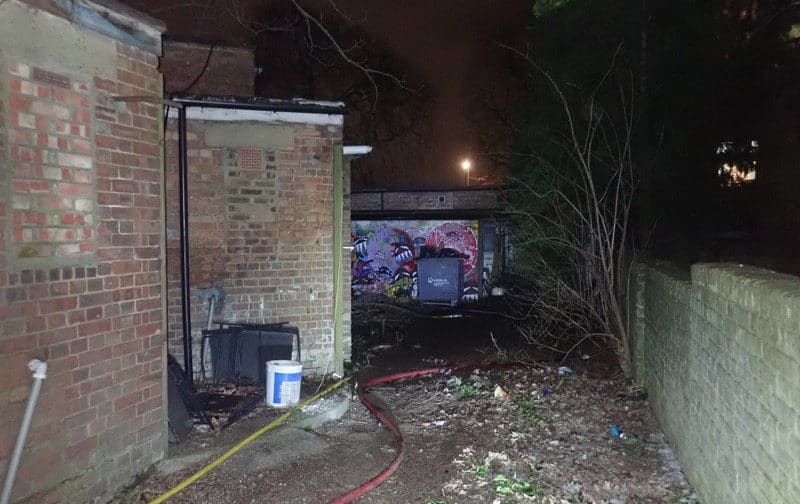 A fault in an electricity meter is believed to have started a fire at a derelict pizza restaurant in East Dulwich last week.

Three fire engines and around fifteen firefighters were called to the empty restaurant in Barry Road last Friday evening at 5.20pm.

A small part of a single-storey outbuilding was damaged by fire. There were no reports of any injuries.

Station commander Mark Edwards, who was at the scene, said “Crews arrived to find a smoke logged property and worked quickly to bring the fire under control and confine it to a fuse board.

“There were no working smoke alarms in the property, so crews installed a smoke alarm before leaving.”