Despite 93% of businesses against, East Dulwich CPZ will go ahead 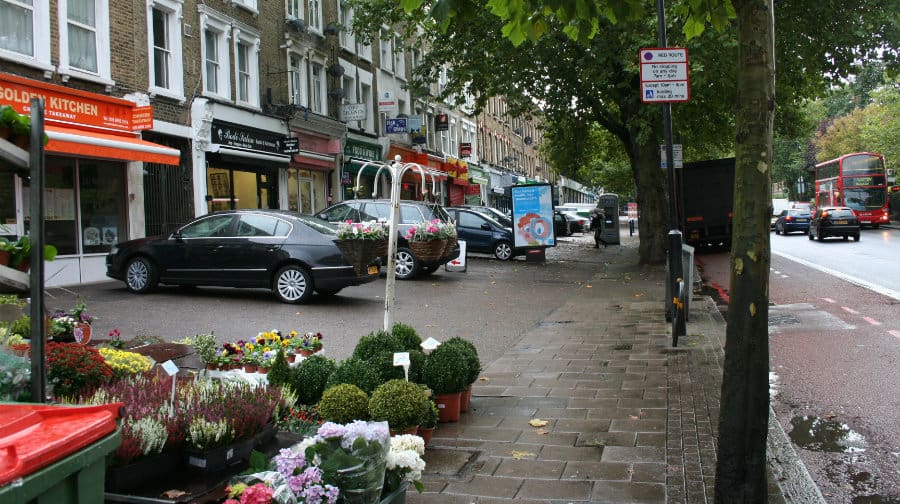 A controversial controlled parking zone (CPZ) will come into force in East Dulwich despite widespread opposition from independent traders, who say lack of parking is destroying Britain’s high streets.

But despite a campaign to reverse the decision, the council is pressing ahead with an adapted plan which one Lordship Lane trader – Michael Donovan of Roullier White – described as “riding roughshod” over previous promises. The council claims 69 per cent of residents supported the revised plan (see box out).

The East Dulwich Independent Association said despite the changes, all 104 members could only “wholly reject” the proposal – even though it now does not include Lordship Lane itself. The scheme will not be in force at weekends.

The council announced its parking plans for Lordship Lane and surrounding streets in January of this year, which were rebuffed with a petition of nearly 10,000 signatures against.

Visitors will be expected to pay for some spaces – with fewer available – at a cost of between £2.75 and £3.25 per hour.  And residents and businesses will have to pay for annual permits – amounting to £125 for individuals and £577.50 for just one business car.

And although Lordship Lane has been removed from the revised proposal, these plans still include nearby side streets.

The council’s own survey in March 2019 found only four per cent of Lordship Lane visitors had travelled by car or taxi during the week, rising to nine per cent at the weekend.

But a two-day observation by TfL in 2015 recorded a 22 per cent figure, and Lordship Lane traders say their data, collected over several months, puts the same figure at nearly half.

In an open letter to Southwark Council, detailing their response, the association described the cost as “a very serious additional burden” – on top of business rates and rising rents.

“If half of those shoppers failed to turn up, the effect on profitability margins could be catastrophic for many shops and businesses,” it says.

Sophie Farmer, whose family have owned Farmer’s since the 1960s, wrote the letter on behalf of its membership, saying the CPZ failed to provide alternatives to car travel or make the case for increasing pedestrian footfall and cycling – but would send people to out-of-town shopping centres as East Dulwich’s bus service is “inconvenient” and there is no underground car park.

And a number of businesses on Dog Kennell Hill, which has already had a CPZ implemented, say footfall was down by a third within weeks.

Last month, data published by the British Retail Consortium showed the number of shoppers heading to high streets, retail parks and shopping centres has fallen by ten per cent in the last seven years. September’s rainfall and Brexit fears also saw the footfall drop by 1.7 per cent across the country.

The Lordship Lane traders’ association is now calling for a public inquiry into the scheme, arguing: “East Dulwich has a vibrant high street in Lordship Lane, which is currently threatened by increasing rent costs as well as changing consumer behaviour, increasing online shopping and out of town shopping opportunities.”

Their open letter goes on to say: “In this challenging commercial environment, even a small increase in parking costs to potential shoppers, such as the one being proposed, may cause a significant shock.” Cllr Richard Livingstone, cabinet member for transport, said the council’s original plans had already been altered with their feedback in mind, and pointed to the difficulty of balancing business concerns with residents’ own parking worries.

One of the CPZ’s aims is to alleviate problems faced by people living near the station who find themselves unable to park by commuters who drive in from as far away as Kent before catching a zone two train to work in the city.

“In response to the concerns raised by Lordship Lane shopkeepers and others, those plans were significantly scaled back so as not to affect parking on Lordship Lane, but to still assist people living near East Dulwich station and East Dulwich Grove who felt that controlled parking would improve the intolerable situation that they faced on a daily basis,” he said.

“The council is now carrying out a second consultation on the details of this scaled-back scheme. We have received a significant number of varied responses to the East Dulwich CPZ proposals.

“As we are currently considering these I am unable to comment on any one specific reaction, at this time.

“While I wholly understand the position of the businesses on Lordship Lane, I also have a duty to consider all views and representations.”

The new CPZ map is around the East Dulwich Grove area, adjacent to but not including Lordship Lane.

According to the council’s consultation results, 411 responses were received from the 27 streets within the revised CPZ area.

In total, 62 per cent were in support of a CPZ – rising to 69 per cent on the condition a similar zone was implemented on a neighbouring street.

The new boundary is the red dashed line

The economic climate for small business is already extremely harsh and there is a real threat to Lordship Lane. As a resident I may be in a (large) minority in my opposition to the CPZ but I do not anticipate any major benefit from the scheme to myself in return for the significant extra cost. The council have already imposed an extra charge for garden waste collection and in its determination to push the clearly unpopular CPZ it is obviously determined to find another cash cow.

Southwark NewsNewsDespite 93% of businesses against, East Dulwich CPZ will go ahead