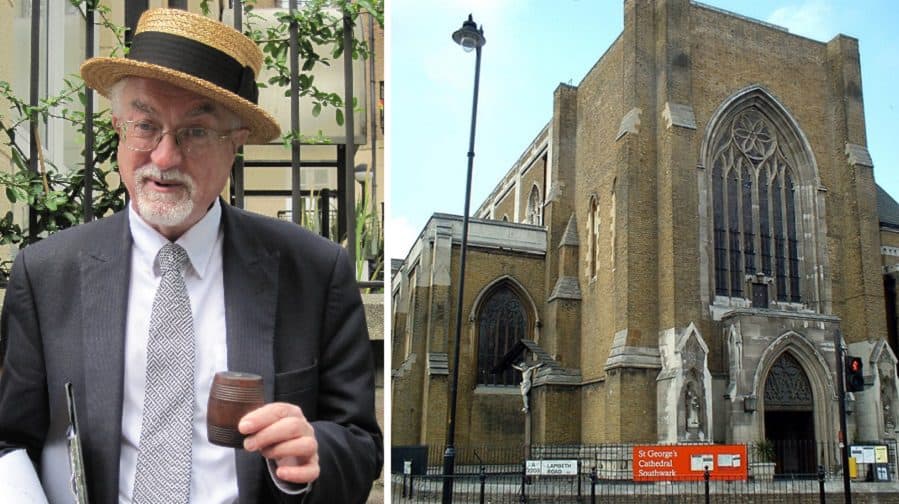 The funeral of the late Southwark historian Steven Humphrey will take place on January 19 at St George’s Cathedral, his family have confirmed.

Sixty-four-year-old Mr Humphrey (pictured) was found dead at his home in Otto Street, Kennington, on November 30 after suffering a heart attack.

Funeral proceedings have been arranged by Mr Humphrey’s next of kin: his nephew David and David’s partner Jenny Powell, with Alfred Smith Funeral Directors in Great Suffolk Street, SE1.

The funeral mass at the cathedral in St George’s Road will begin at 10am.

The coffin will be received at St George’s Cathedral on January 18 after 5.45pm, where the public will be permitted to pay respects privately and leave flowers.

A venue and time for a formal Wake following the funeral mass has yet to be confirmed, as Jenny and David are looking for a suitable venue.

The burial will take place in Tillington, Petworth, at the All Hallows Churchyard at about 2pm.

Jenny and David have shown the News a short autobiographical article which Mr Humphrey wrote about himself.

He reveals that he was born in Elephant and Castle in 1952, and that his father originally came from Petworth in West Sussex, where Stephen will be buried.

As a youngster he attended John Ruskin School from 1957, and Westminster City School from 1963. Mr Humphrey was accepted at Clare College at the University of Cambridge in 1971, as well as University College London from 1979.

Mr Humphrey retired from his job as archivist for the Local Studies Library in 2010.